From victory to fear

During the victory on Mt. Carmel, Elijah was exalted by the hand of God (1 Kings 18). And he had hoped that the glorious victory on Carmel would break the evil power of Queen Jezebel upon King Ahab. But when the prophet was told of the queen’s persistent rejection to the new call for reformation, it was more than he could stand. He was not ready to face the stubborn hate of the evil queen.

Therefore, his spirit fell to the lowest pit due to the death decree of Queen against him. And he wished himself dead. He could think only of how to run away from the attacks of such a wicked enemy. The prophet’s depression was deep (2 Timothy 1:7). And without thinking of the consequences of his course, he fled for his life.

His suffering was a reaction to fatigue and over strained emotions; it was the kind of experience that sometimes follows the lifting of a soul to heights of glory and victory; the aftermath of a great religious revival, when the soul gives way to the discouragements and depressions induced by the trials of everyday life (Ephesians 6:11).

The need to maintain faith in God

The prophet was wrong in leaving his God-given mission for his work was not finished. The battle had only started. Had he stayed bravely by, and had he sent a message to the queen telling her that the God who had given him triumph over the prophets of Baal would not leave him now, he would have seen the mighty power of  God revealed to protect his life from all danger.

Then, God’s punishments would have stricken Jezebel with a deadly blow and a powerful reformation would have taken over the people (Luke 10:17-19; Romans 8:37). But by escaping for his life, Elijah fulfilled the plan of the evil one. And the escape to Beersheba weakened the God’s victory on Carmel.

As Elijah slept, God’s sent his angel and touched his side delivering a message of hope. And the angel provided food for Elijah’s nourishment. This was divine wisdom in God’s simple treatment of the tired prophet. Then, again a second time, God graciously provided nourishment to sustain the prophet’s body (v. 6,7).

In life, a person may experience low points where distresses and hardships seem unavoidable. It is easy to be cheerful and courageous when there are successes, but it is not easy when the spirit is weak and tired. It is then that a peons needs most to keep his faith and trust in the Lord, that he may not fall prey to despair. A person needs only to look at Jesus and trust in His love. The Psalmist wrote, “Whenever I am afraid, I will trust in You” (Psalm 56:3).

This answer is also available in: हिन्दीThe Bible gives many examples of God granting healing as an answer to prayer and by miracles done by Jesus, the Son of God,…
View Answer 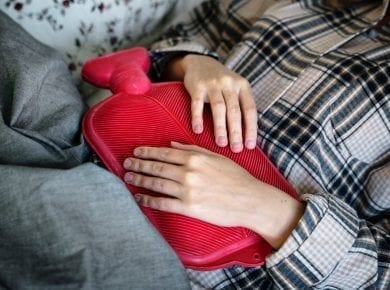 This answer is also available in: हिन्दीIn the case of sickness, the Bible teaches the practice of anointing the sick with oil: “Is any among you sick? Let him call…
View Answer