Calvinism, also known as reformed theology, is a movement that was developed by John Calvin (1509-1564). The five points of Calvinism can be summarized by the acronym TULIP. “T” stands for total depravity, “U” for unconditional election, “L” for limited atonement, “I” for irresistible grace, and “P” for perseverance of the saints.

1-Total Depravity – As a result of Adam’s fall, the entire human race is affected; all humanity is dead in trespasses and sins. Man is unable to save himself (Genesis 6:5; Jeremiah 17:9; Romans 3:10-18).

2-Unconditional Election – Because man is dead in sin, he is unable to reach out for God; therefore, in eternity past God elected certain people to salvation. Election and predestination are unconditional; they are not based on man’s response (Romans 8:29-30;9:11; Ephesians 1:4-6) because man is unable to respond, nor does he want to.

3-Limited Atonement – Because God determined that certain ones should be saved as a result of God’s unconditional election, He determined that Christ should die for the elect alone. All whom God has elected and for whom Christ died will be saved (John 10:11; Romans 8:32; Ephesians 5:25).

4-Irresistible Grace – Those whom God elected He draws to Himself through irresistible grace. God makes man willing to come to Him. When God calls, man responds (John 6:37, 44; 10:16).

5-Perseverance of the Saints – The precise ones God has elected and drawn to Himself through the Holy Spirit will persevere in faith. None whom God has elected will be lost; they are eternally secure (John 10:27-29; Romans 8:29-30; Ephesians 1:3-14).

Here is the Biblical response to Calvinism:

3-Atonement is not limited. The Scriptures plainly state that the death of Christ was offered for every man. In 1 John 2:2 it is said that His death was a propitiation (satisfaction) not only for our sins, but for the sins of “the whole world.” In Hebrews 2:9, it says that Christ tasted death for “every man.” 1 Tim. 2:6 says that He gave Himself a ransom for “all.” John the Baptist declared in John 1:29 that Jesus was the Lamb of God that taketh away the sin of the “world.” In Isaiah 53:6, the Word of God states that “all” have gone astray and that the Lord laid on Jesus the iniquity of us “all.” Since the gospel is for “whosoever will” and it consists of the good news that Christ died for all sinners, we believe that the atonement of Christ is not limited. Also the Holy Spirit is presently working to convict the world (all men) of sin. God is “not willing that any should perish” (2 Peter 3:9) and  “all men to be saved” (1 Tim. 2:4).

4-Grace can be resisted. The Word of God teaches that “the grace of God that bringeth salvation has appeared to all men” (Titus 2:11). Since God has provided salvation for all men and yet all do not come, this is proof enough that men can resist the grace of God. The Bible gives clear instances of men resisting the grace of God. Jesus stood over Jerusalem and said that He wanted to gather them unto Himself, but they “would not” (Matt. 23:37). When Stephen preached to the Jews, he said that regarding their attitude toward God’s Word, they were stiff-necked and that they were resisting the Holy Spirit Who was calling them (Acts 7:51). The writer of Hebrews, when describing those “who draw back unto perdition” (Heb. 10:39), said that though they were sanctified by the blood of Christ, yet they had “done despite unto the Spirit of grace” (Heb. 10:29).

From the above scriptures, we can see that the last four beliefs of Calvinism are not biblical. 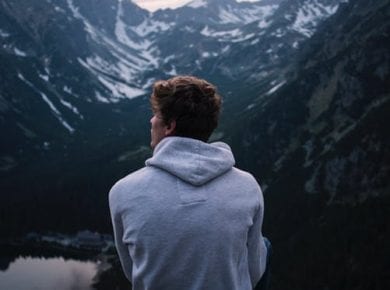 This page is also available in: हिन्दी (Hindi)In a general sense, the purpose of life and why we’re here on earth, is to know and fellowship with our heavenly Father.…
View Answer 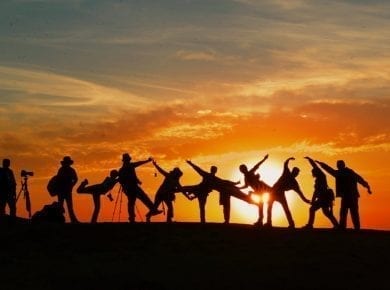 This page is also available in: हिन्दी (Hindi)Humanity’s purpose, as God created it, is for fellowship: “I have loved thee with an everlasting love: therefore with loving kindness have I…
View Answer