The word elect (Greek: eklektoi), means the “chosen” or “picked out” ones (Luke 6:13; John 6:70; 13:18). Christ said, “For many are called, but few are chosen” (In Matthew 22:14). The Lord affirmed that every one is called to receive salvation, “Come unto me, all ye that labour and are heavy laden, and I will give you rest” (Matthew 11:28). And “whosoever will, let him take the water of life freely” (Revelation 22:17). He declared, “For God so loved the world, that he gave his only begotten Son, that whosoever believes in him should not perish, but have everlasting life” (John 3:16).

Then, Jesus simply added the basic truth that comparatively few will be willing to receive His gracious invitation and accept salvation. Sadly, “many” will chose to enter into the “broad” way “that leads to destruction” (Matthew 7:13, 14).

Who are God’s elect?

In this verse, Paul is simply stating that God’s elect are those that hear and accept salvation. God foresaw, and thus foreknew, each generation that would be born, He coupled instantly with His foreknowledge the decision to predestinate them all to be saved.

God never had any other purpose than the redemption of all of His children. For God “will have all men to be saved, and to come unto the knowledge of the truth” (1 Timothy 2:4). He is “not willing that any should perish, but that all should come to repentance” (2 Peter 3:9). “As I live, saith the Lord God, I have no pleasure in the death of the wicked; but that the wicked turn from his way and live” (Ezekiel 33:11).

Although salvation is offered freely to all, unfortunately, not all will accept it. God doesn’t force salvation upon people against their will. If they choose to reject His love, they will be lost (Joshua 24:15). Jesus said, “Behold, I stand at the door, and knock: if any man hear my voice, and open the door, I will come in to him, and will sup with him, and he with me” (Revelation 3:20).

Divine foreknowledge and divine predestination in no way exclude human liberty. Nowhere does Paul, or any other Bible writer, suggest that God has predestined certain men to be saved and others to be lost, regardless of their own free will.

What did Paul mean by his statement in Romans 8:30?

Paul is trying to comfort and assure the tried believers that their salvation rests in God’s hands and that it is in the process of being achieved according to His eternal and changeless purpose for them. This is so as they also persevere and be faithful to the end (Hebrews 3:14; 1 Corinthians 9:27). 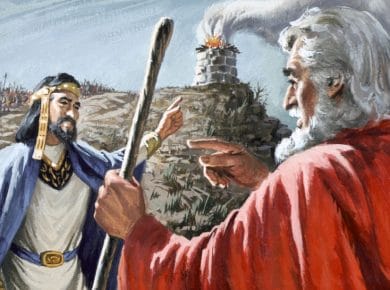 This page is also available in: العربية (Arabic) हिन्दी (Hindi)To obey is better than sacrifice The prophet Samuel under inspiration of the Holy Spirit rebuked King Saul who violated God’s…
View Answer 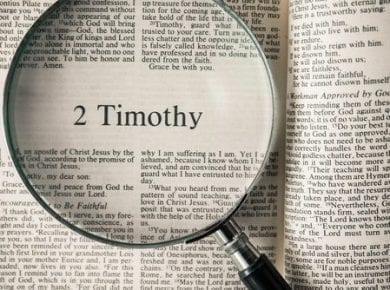 This page is also available in: العربية (Arabic) हिन्दी (Hindi)2 Timothy 2 is chapter full of counsel to preachers in general. To give an explanation for 2 Timothy 2:15, let’s…
View Answer