The Bible tells us that when God saw the great evil in the world, He set to destroy all living things on the planet with a flood. “So the LORD said, “I will destroy man whom I have created from the face of the earth, both man and beast, creeping thing and birds of the air” (Genesis 6:7).

After the flood, we have the Bible record confirming that the flood was universal: “And the waters prevailed exceedingly on the earth, and all the high hills under the whole heaven were covered. The waters prevailed fifteen cubits upward, and the mountains were covered. And all flesh died that moved on the earth: birds and cattle and beasts and every creeping thing that creeps on the earth, and every man. All in whose nostrils was the breath of the spirit of life, all that was on the dry land, died. So He destroyed all living things which were on the face of the ground: both man and cattle, creeping thing and bird of the air. They were destroyed from the earth” (Genesis 7:19-23).

The description above clearly opposes the view that the Flood was a local event in the Mesopotamian valley. The tremendous intensity of the Flood is well expressed by the explicit verbs and adverbs: the waters “increased” (v. 17), “prevailed” and “increased greatly” (v. 18), “prevailed exceedingly” (v. 19), and even “prevailed” 15 cubits (about 26 ft.) above the mountains (v. 20). The water clearly covered the whole earth. The universal extent of the Flood could not be expressed in more forceful words than these.

Outside the Bible, we have the indisputable evidence in the fossil remains of plants and animals all over the world that were covered by water. These deposits are found at least three miles deep in some areas. This all proves to the worldwide extent of the flood.

Also, the universality of the flood is further proved by the Flood legends that have been kept by the people of almost every race on the face of the earth. The most standing one is from the ancient Babylonians. The Epic of Gilgamesh has many similarities to the account of Genesis, and yet differs from it in such a way as to prove it was merely a corrupted copy of the original Biblical one.

Isaac Vail (1840–1912) was the first to propose the canopy theory in 1874. This theory was originally developed to explain the source of the flood water that covered the Earth.…
View Answer 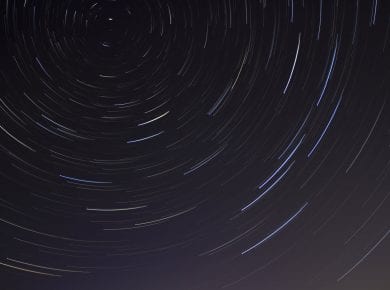 The Christian Scientists Movement is made up of a group that embraces the teachings of Mary Baker Eddy. Mrs. Eddy believed in “Absolute Pantheism.”  And this system of unbiblical beliefs…
View Answer