The Old Testament prophesied that Jesus’ hand and feet would be pierced “They pierced My hands and My feet” (Psalm 22:16). And the New Testament states Jesus was crucified by piercing nails in His hands and feet “he (Thomas) said unto them: Except I shall see in his hands the print of the nails, and put my finger into the print of the nails, and thrust my hand into his side, I will not believe. And after eight days again his disciples were within, and Thomas with them; then came Jesus, the doors being shut, and stood in the midst, and said: Peace be unto you. Then saith he to Thomas: Reach hither thy finger, and behold my hands; and reach hither thy hand, and thrust it into my side: and be not faithless, but believing” ( John 20: 25-27).

But there is historical and archeological proofs outside the Bible that the crucified individuals were actually attached to the cross by nails. Kyle Butt in his article “Archaeology and the New Testament” addresses this question:

“Throughout centuries of history, crucifixion has been one of the most painful and shameful ways to die. Because of the ignominy attached to this means of death, many rulers crucified those who rebelled against them. Historically, multiplied thousands have been killed by this form of corporal punishment. In a brief summary of several of the most notable examples of mass crucifixion, John McRay commented that Alexander Jannaeus crucified 800 Jews in Jerusalem, the Romans crucified 6,000 slaves during the revolt led by Spartacus, and Josephus saw “many” Jews crucified in Tekoe at the end of the first revolt (1991, p. 389).

Yet, in spite of all the literary documentation concerning crucifixion, little, if any, physical archaeological evidence had been produced from the Bible Lands concerning the practice. As with many of the people, places, and events recorded in the Bible, the lack of this physical evidence was not due to a fabrication by the biblical author, but was due, instead, to a lack of archaeological information.

In 1968, Vassilios Tzaferis found the first indisputable remains of a crucifixion victim. The victim’s skeleton had been placed in an ossuary that “was typical of those used by Jews in the Holy Land between the end of the second century B.C. and the fall of Jerusalem in A.D. 70” (McRay, 1991, p. 204). From an analysis of the skeletal remains of the victim, osteologists and other medical professionals from the Hadassah Medical School in Jerusalem were able to determine that the victim was a male between the approximate ages of 24 and 28 who was about 5 feet 6 inches tall. Based on the inscription of the ossuary, his name seems to have been “Yehohanan, the son of Hagakol,” although the last word of the description is still disputed (p. 204).

The most significant piece of the victim’s skeleton is his right heel bone. A large spike- like nail had been hammered through the right heel. Between the head of the nail and the heel bone, several fragments of olive wood were found lodged. Randall Price, in his book, The Stones Cry Out, suggested that the nail apparently hit a knot in the olive stake upon which this man was crucified, causing the nail and heel to be removed together, due to the difficulty of removing the nail by itself (1997, p. 309). [A full-color photograph of the feet portion of the skeleton (showing the nail) can be seen in an article, “Search for the Sacred” by Jerry Adler and Anne Underwood in the August 30, 2004 issue of Newsweek magazine (144[9]:38).]

This rare find of a spiked nail through a human heel bone is the first archaeological evidence that the heels of crucified victims were nailed to a wooden cross, as described in the Bible. Credit: Zev Radovan, Jerusalem.

As to the significance of this find, Price has provided an excellent summary. In years gone by, certain scholars believed that the story of Jesus’ crucifixion had several flaws, to say the least. First, it was believed that nails were not used to secure victims to the actual cross, but that ropes were used instead for this purpose. Finding a heel bone with a several-inch-long spike intact, along with the fragments of olive wood, is indicative of the fact that the feet of crucifixion victims were attached to the cross using nails. Second, it had been suggested that victims of crucifixion were not given a decent burial. Certain scholars even believed that the account of Jesus’ burial in the tomb of Joseph of Arimathea was contrived, since crucifixion victims like Jesus were thrown into common graves alongside other condemned prisoners. The burial of the crucified victim found by Tzaferis proves that, at least on certain occasions, crucifixion victims were given a proper Jewish burial (1997, pp. 308-311; cf. Adler and Underwood, 2004, 144[9]:39)” 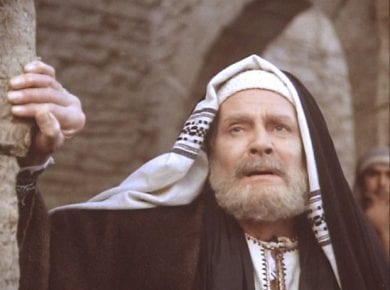 This page is also available in: हिन्दी (Hindi)Yes, Joseph of Arimathea is the second person next to Nicodemus that came out publicly as a disciple of Jesus, after His death.…
View Post

This page is also available in: हिन्दी (Hindi)About the Deity and the Pre-existence of Christ, the Bible teaches that He is the Son of God who is equal with the…
View Post