Rabbinical Judaism as found in the Talmud and Mishnah teaches that the tablets of the law were made of sapphire stone (Obadiah Bertinoro on Mishnah, Avot 5:6.  Cf.  Babylonian Talmud, Nedarim 38a).

There is evidence of this in the scriptures as well. “And they saw the God of Israel. And there was under His feet as it were a paved work of sapphire stone, and it was like the very heavens in its clarity” (Exodus 24:10). Here, God appeared in the person of the Son (John 1:18; 14:9) to Moses, Aaron, Nadab, Abihu, and seventy elders of Israel, and under His feet was a pavement like sapphire. Then, the LORD said to Moses, “Come up to Me on the mountain and be there; and I will give you tablets of stone, and the law and commandments which I have written, that you may teach them” (Exodus 24:12). The sapphire is the only stone mentioned in this context so we can conclude that this is the stone that God used to write on. The Bible also says that God not only engraved the Ten commandments but He also made the stone: “Now the tablets were the work of God, and the writing was the writing of God engraved on the tablets” (Exodus 32:16).

It may also be that the tablets for the law were taken out of God’s throne, which was made out of sapphire: “Above the expanse over their heads was something like a throne, resembling a sapphire stone.  Above the shape of the throne was a figure of human appearance” (Ezekiel 1:26). And the Bible teaches that the law is the foundation of God’s throne: “Righteousness and justice are the foundation of your throne“ (Psalm 89:14).

In addition, the Lord commanded the Jews to add a blue cord (the color of sapphire) to their tassels as a reminder to keep God’s law: “Again the Lord spoke to Moses, saying, “Speak to the children of Israel: Tell them to make tassels on the corners of their garments throughout their generations, and to put a blue thread in the tassels of the corners.  And you shall have the tassel, that you may look upon it and remember all the commandments of the Lord and do them, and that you may not follow the harlotry to which your own heart and your own eyes are inclined” (Numbers 15:37-39). 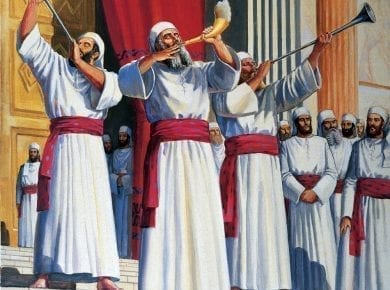 This page is also available in: العربية (Arabic) हिन्दी (Hindi)“But you shall seek the place where the LORD your God chooses… There you shall take … your tithes… And there…
View Answer 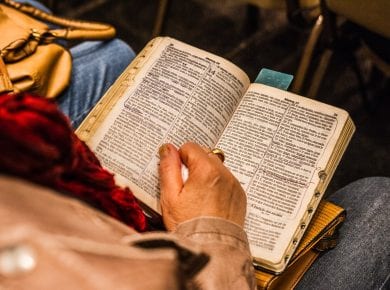 This page is also available in: العربية (Arabic) हिन्दी (Hindi)God gave us the Ten Commandments as a shield for us from pain and suffering. The law has very practical value…
View Answer