“The heavens declare the glory of God; and the firmament sheweth his handywork” (Psalms 19:1).

This question has captivated scientists as well as philosophers throughout the ages. On a clear night, a person may be able to see a few thousand individual stars with the naked eyes. With even a modest amateur telescope, millions more will come into view.

So, how many stars are there in the Universe?

Our solar system is part of the Milky Way galaxy. The entire galaxy numbers about 100 billion stars. And beyond the Milky Way there are around 100 billion galaxies that are known to exist with many shapes and sizes.

Further, new scientific technology continues to discover new heavenly bodies in God’s vast universe. What is even more amazing that God calls all the stars by name, and He keeps count of them (Psalms 147:4; Isaiah 40:26). 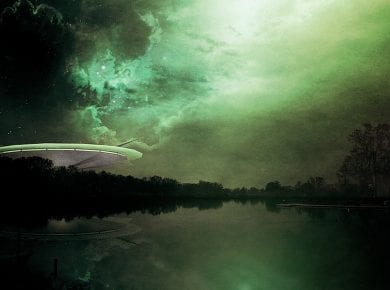 This answer is also available in: हिन्दीConcerning aliens and UFOs, we can presume that all unexplained sightings originate from one of two sources: the “natural” or the “supernatural.” If the source…
View Answer

This answer is also available in: हिन्दीHenry M. Morris, Ph. D. addresses this question in his article “Probability and Order Versus Evolution”: “One of the strongest direct evidences for special…
View Answer