Although the Jews often applied the term ‘father’ to the patriarchs Abraham, Isaac, and Jacob (John 8:53), Jesus corrected them by saying: “Do not call anyone on earth ‘father,’ for you have one Father, and He is in heaven” (Matthew 23:9). In Matthew 23, Jesus denounced the doctrines and hypocrisy of the pharisees and scribes who desired to be called ‘father’ and clarified that the final authority of the truth is God.

These religious leaders professed absolute loyalty to the scriptures but failed to practice its principles. Their good works consisted in a meticulous attention to ceremony and ritual requirements rather than to the “weightier matters of the law” (Matthew 9:13; 22:36; 23:23). They upheld the rabbinical tradition over the Word of God (Mark 7:1–13).

Jesus also taught that “you are not to be called ‘Rabbi,’ for you have one Teacher, and you are all brothers” (Matthew 23:7,8). The religious leaders were not to assume an authoritarian role in matters of theology. The title “rabbi” set a man as being learned in the law of Moses, and therefore implied that his interpretation of the religious duties was infallible. This faulty teaching set up human authority in place of God’s Word.

In the Roman Catholic church, members call their priest ‘father’ and the Pope the ‘holy father.’ But this goes against the clear teachings of Jesus. The truth is that no man is holy for “we are all as an unclean thing, and all our righteousness are as filthy rags” (Isaiah 64:6). All men “have sinned and fall short of the glory of God” (Romans 3:23). God alone deserves the title Holy One (Isaiah 6:3). Teachers of the Word of God are to be humble, Paul called himself the chief of sinners (1 Timothy 1:15).

Thus, in obedience to Christ’s teaching and the Bible example, no priest or individual outside of paternal relationship should be called ‘father’ or holy ‘father.’ Those who follow Christ are to consider themselves brothers and equals taught by Christ. No one is to exercise authority over another in matters of conscience, rather groups of individuals should come in prayer to resolve issues that are not clear. 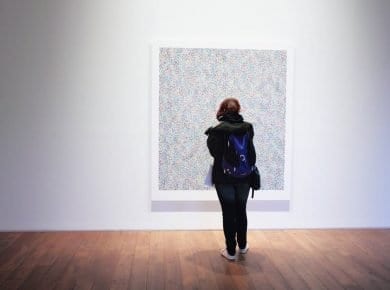 The second commandment states, “You shall not make for yourself a carved image—any likeness of anything that is in heaven above, or that is in the earth beneath, or that…
View Answer

“And I say also unto thee, That thou art Peter, and upon this rock I will build my church; and the gates of hell shall not prevail against it. And…
View Answer