The book of Hebrews tells us that the Ark of the Covenant contained: the Ten Commandments on two tablets of stone which God gave to Moses, Aaron’s rod which budded, and a golden pot of manna.  “wherein was the golden pot that had manna, and Aaron’s rod that budded, and the tables of the covenant;” (Heb. 9:4),

The story of Aaron’s rod depicts God’s authority in selecting His leaders in the sanctuary and the work of God. In Numbers 16, it tells the story of rebellion that rose up among God’s people led by the tribe of Korah. The leaders of this tribe didn’t think that Moses and Aaron were to be in a position of authority. After being warned, those who followed in rebellion were consumed by the earth.  After this, many of God’s people murmured about these men being punished. In His mercy and wisdom, God demonstrated that He had selected Aaron and the tribe of Levi for the priesthood by means of a miracle. God told Moses to have all 12 tribes bring a rod to represent their tribe, and the rod that bloomed would be the one selected by God. The next day, only the “rod of Aaron for the house of Levi was budded, and brought forth buds, and bloomed blossoms, and yielded almonds” (Numbers 17:8). This was a miracle, as not only was Aaron’s rod, a dead stick, alive with buds, flowers and almonds, but these never appear at the same time on an almond tree. This could only have been done by God.  Thus, “the Lord said to Moses, ‘Put back the rod of Aaron before the testimony to be kept as a sign against the rebels, that you may put an end to their grumblings against Me, so that they should not die’” (Numbers 17:10).

Manna was the food that God gave to the Israelites during the 40 years  they wandered in the wilderness (Exodus 16:35). The Israelites were allowed to collect it one day at a time except for the Sabbath day for they were instructed to gather on Friday what they needed for two days (Exodus 16:4-5).

“Now the manna was like coriander seed, and its appearance like that of bdellium. The people would go about and gather it and grind it between two millstones or beat it in the mortar, and boil it in the pot and make cakes with it; and its taste was as the taste of cakes baked with oil. And when the dew fell on the camp at night, the manna would fall with it” (Numbers 11:7-9).

God’s provision of manna was a miracle that demonstrated God’s love and care to His people that He would sustain them anywhere they were to be led. It was to be a reminder also on the daily dependence God’s people have toward their Lord.

The manna in the ark was special in that it never went bad, as opposed to the manna which would spoil if not eaten the day it was collected (Exodus 16:19-20). This was to be a further reminder of God’s miraculous care and provision for His people and our need of Him.

“And Moses said unto Aaron, Take a pot, and put an omer full of manna therein, and lay it up before the Lord, to be kept for your generations” (Exodus 16:33). 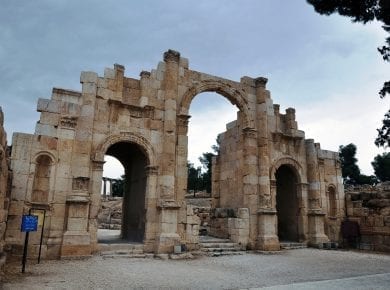 This answer is also available in: हिन्दीIn ancient oriental cities, public life centered at the city gate markets and meetings were held there (2 Kings 7:1; Nehemiah 13:19). It was…
View Answer 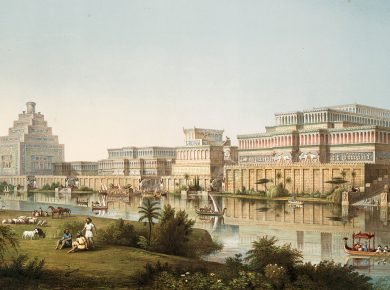