The 144,000 is mentioned in the following references in the Bible:

“And I heard the number of those who were sealed. One hundred and forty-four thousand of all the tribes of the children of Israel were sealed” (Revelation 7:4).

“Then I looked, and behold, a Lamb standing on Mount Zion, and with Him one hundred and forty-four thousand, having His Father’s name written on their foreheads” (Revelation 14:1).

“They sang as it were a new song before the throne, before the four living creatures, and the elders; and no one could learn that song except the hundred and forty-four thousand who were redeemed from the earth” (Revelation 14:3).

The 144,000 are like the last day apostles that God uses to convert the great multitude. They are commissioned with the greatest missions in the last days that is to prepare the world for Jesus’ return. During the early church, God poured out His Spirit on the twelve apostles plus the 120 that were in the upper room. Through their ministry, thousands were baptized. Today, God is going to fill the 12 times 12,000 with His Spirit to reach the world.

One of the most important characteristics of the 144,000 is the special seal and name they bear in their foreheads (Revelation 7: 1-4; 14:1). Shortly after this special seal is given to them, the great tribulation and seven last plagues will fall onto the unrepentant world.

In the New Earth, the 144,000 will have a special relationship with the Lamb and they will also sing a special song. To them the song is a prized and inclusive summation of the experiences through which they have passed in the final phases of the war between good and evil.

Revelation also talks of another group that is the great multitude: “After this I beheld, and, lo, a great multitude, which no man could number, of all nations, and kindreds, and people, and tongues, stood before the throne, and before the Lamb, clothed with white robes, and palms in their hands” (Revelation 7:9). Beyond the 144,000 there is a great multitude that is saved out of the last tribulation.

There are differences between the 144,000 and the great multitude. One is numbered, the other cannot be. One represents a special group, “the firstfruits unto God and to the Lamb” who “follow the Lamb whithersoever he goeth” (Revelation 14:4), the other, represents the remaining triumphant saints of all ages. 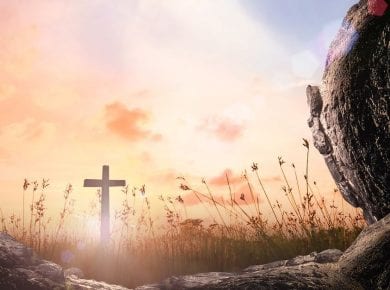 This answer is also available in: हिन्दीThe resurrection of Jesus Christ is the ultimate confirmation to believers that God’s power can grant them triumph over death. The wonder-working power of…
View Answer