Question: Was the flood recorded in Genesis a local one or did it cover the whole earth?

Answer: The Bible clearly teaches that the flood in Genesis covered the whole earth because it was God’s judgment upon all living things. The Lord said, “I will blot out man whom I have created from the face of the land, from man to animals to creeping things” (Genesis 6:7).

But where did all this water come from? The waters came from two sources: the water above the earth which formed a canopy of vapor (Genesis 1:6-7, 2:6) and the water under the land, “all the springs of the great deep burst forth, and the floodgates of the heavens were opened” (Genesis 7:11).

Isaiah confirms that the flood covered the earth (Isaiah 54:9) and Jesus equated the coming destruction of the whole world by fire with the waters of the flood that destroyed the whole earth (Matthew 24:37-39; Luke 17:26-27). Peter taught that God’s judgment on the whole world are like the flood of Noah that destroyed everything: “By these waters also the world of that time was deluged and destroyed. By the same word the present heavens and earth are reserved for fire, being kept for the day of judgment and destruction of ungodly men” (2 Peter 3:6-7 also 1 Peter 3:20; 2 Peter 2:5). And the apostle Paul affirms the faith of Noah in building an ark to save all those who would listen from destruction by water (Hebrews 11:7).

The fossil record also bears witness that the mountains were covered with water. Today, there exist on top of the mountains countless of fossils of sea creatures that lived on shallow seafloors. This bears witness that the earth was indeed covered with water. And there are billions of dead animals and plants buried in sedimentary rock layers stretching across every continent all around the globe. Further, we find legends of a global flood in every ancient culture in the world. 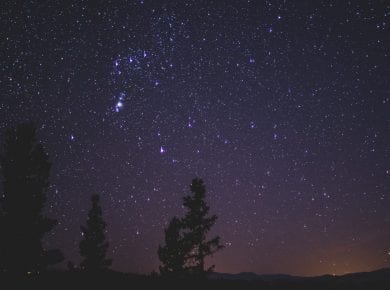 The Magi or the ‘wise men from the east’ as described in Mathew’s gospel, studied the stars and the heavens. They were well versed in Astrology, which was a highly…
View Answer

The question of whether science proves or disproves the existence of God has been asked by many people. One of the good answers we have found to this question is…
View Answer