Christians should be sinless?

Yes, we need to continually strive to be without sin, as was Christ, but that’s not what Paul was saying. Paul answered the question by saying, “Certainly not! How shall we who died to sin live any longer in it?” (Romans 6:2). In this passage, Paul is saying to live in sin is inconsistent with having once died to it. It is one thing, because of the weakness of the body, to do an occasional sin. It is quite another to daily live in sin. To live in sin means that sin is the component in which we live, the moral fabric that our bodies made of. Such a life is unquestionably unsuited with faith.

The faith in Christ that allows for the justification of the sinner means an unreserved readiness to do God’s will and an abhorrence of all that caused the Redeemer such great suffering. Paul wrote, “…Do we then make void the law through faith? Certainly not! On the contrary, we establish the law” (Romans 3:28, 31).

Jesus and the law

Jesus came to this earth to glorify the law (Isaiah 42:21; Matthew 5:17) and to show by His life of perfect obedience that believers can, through the enabling power of God, obey His law. The plan of justification by faith shows God’s regard for His law in demanding and providing the sacrifice. If justification by faith cancels the law, then there was no need for the sacrificing death of Christ to free the sinner from his sins, and thus bring him to acceptance with God.

Genuine faith means a willingness to do the will of God in a life of obedience to His law (Romans 3:28). Real faith, build on love for the Redeemer, can lead only to obedience. The fact that Christ suffered because of our breaking of God’s law is one of the greatest motives for obedience. We do not easily repeat an act that will hurt our loved ones. Likewise, we can only hate the sins that caused such suffering to our Redeemer. One of the great glories of the plan of salvation is that while the plan makes possible the sinner’s justification through faith, it also gives him godly desires to obey.

The purpose of the law

The plan of righteousness by faith puts law in its proper place. The purpose of law is to convict of sin (Romans 3:20) and to reveal the high standard of godliness. The law doesn’t save the sinner. The sinner who is faced with the law views not only his sin; he sees also his lack godliness. Thus, the law directs him to Christ for healing (Galatians 3:24). Then faith and love bring forth a new obedience to God’s law, the obedience that is motivated by faith (Romans 1:5; 16:26) and love (Romans 13:8, 10).

The final battle between good and evil will be over the issue of obedience to God’s law. At the end of time, mainstream Christianity will teach that it is no longer necessary to offer full obedience to every precept of God’s law (Revelation 12:17). But God will recognize His true children as those “who keep the commandments of God and the faith of Jesus” (Revelation 14:12).

The old life passed away

The faith that claims justification but at the same time permits a persistence in the old ways of sin is not genuine faith according to the Bible. The evidence that a person is justified, converted, and passed from death unto life is that he now finds great joy in obeying God’s law (1 John 2:1–6; Romans 13:8). In conversion, the mind is brought in line with God and His law. When this great transformation has taken place in the sinner, he has passed from death unto life.

It is true that the believer may sometimes fall into some sin (1 John 2:1), but the proof that a man has been truly converted is that he no longer continues doing that sin (1 John 3:9), or, as Paul describes it, he no longer lives in wickedness.

This answer is also available in: العربية हिन्दीIt is sometimes assumed that Jesus replaced thew Ten Commandments with a new commandment. Rather, Jesus said that all God’s commandments are summed…
View Answer 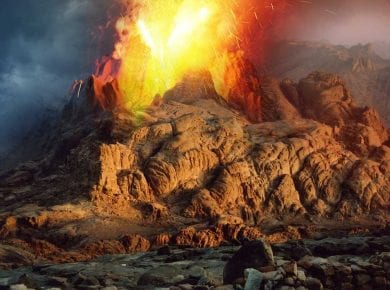 This answer is also available in: العربية हिन्दीQuestion: Did people have laws before the Ten Commandments were given at Sinai? Answer: God revealed His laws to humanity from the very…
View Answer