God extends His love and salvation to every person regardless of his socioeconomic status or nationality. As a righteous judge, God decides every case on its merits rather than according to the personalities involved. Job declared, “Yet He is not partial to princes, nor does He regard the rich more than the poor; for they are all the work of His hands” (Job 34:19). Some earthly judges may favor personal friends but the Lord of heaven is no respecter of persons (Deut. 10:17; Acts 10:34; Gal. 2:6; Eph. 6:9), and His followers are to be like Him.

In the OT, the practice of flattering and favoring men of wealth and position while despising and defrauding those who are poor and humble, caused God’s judgment to come upon the leaders of Israel who failed to represent His character. “Now therefore, let the fear of the Lord be upon you; take care and do it, for there is no iniquity with the Lord our God, no partiality, nor taking of bribes” (2 Chronicles 19:7).

And in the NT, Paul stresses that Christians should not favor some more than others “[B]ut glory, honor, and peace to everyone who works what is good, to the Jew first and also to the Greek. For there is no partiality with God” (Romans 2:10-11). And he adds, “For in Christ Jesus neither circumcision or uncircumcision avails anything, but faith working through love” (Galatians 5:6).

From Cornelius’ vision, Peter learned that God does not favor and makes Himself known to all that seek righteousness, whether they are Jews or Gentiles. Peter said, “In truth I perceive that God shows no partiality” (Acts 10:34). And he exhorted the believers to walk in this principle, “And if you call on the Father, who without partiality judges according to each one’s work, conduct yourselves throughout the time of your stay here in fear” (1 Peter 1:17).

James stresses the same point: “My brethren, do not hold the faith of our Lord Jesus Christ, the Lord of glory, with partiality.  For if there should come into your assembly a man with gold rings, in fine apparel, and there should also come in a poor man in filthy clothes, and you pay attention to the one wearing the fine clothes and say to him, “You sit here in a good place,” and say to the poor man, “You stand there,” or, “Sit here at my footstool,” have you not shown partiality among yourselves, and become judges with evil thoughts?” (James 2:1–4).

And James gives hope to the poor who have been suffering in this life, “Has God not chosen the poor of this world to be rich in faith and heirs of the kingdom which He promised to those who love Him” (James 2:5). And he invites the believers to obey Christ’s command, “you shall love your neighbor as yourself” (James 2:8).

This answer is also available in: العربيةIn the sermon on the Mount, Jesus taught, “You have heard that it was said, ‘An eye for an eye and a tooth for…
View Answer 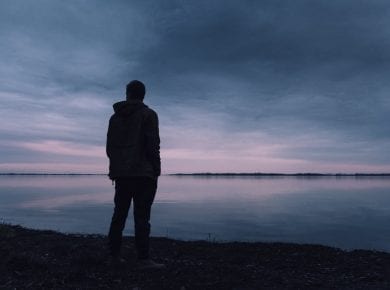 This answer is also available in: العربيةGod doesn’t curse the believers. But it is sin that causes people to receive the curses of evil. Man simply reaps the consequences of…
View Answer