The Gospel of John is the only gospel that mentions the phrase the “disciple whom Jesus loved” as seen in the following passages:

Christian tradition is unanimous that John the son of Zebedee is the disciple whom Jesus loved for the following reasons:

First- The author of the gospel of John deliberately avoids naming himself directly. He does not identify himself as one of the two disciples who first followed Jesus (John 1:37). And with clear humility refers to himself simply as “that disciple” (John 21:23), “the disciple whom Jesus loved” (v. 20), and “this is the disciple who testifies of these things” (v. 24).

Second, there were only three disciples who were especially close to Jesus: Peter, James, and John (Matthew 17:1; Mark 5:37; 14:33; Luke 8:51). Therefore, the disciple whom Jesus loved must be one of these three.

The disciple whom Jesus loved could not be Peter because he inquired from Jesus about him. So, we are left with James and John. According to the Scripture, James was the first of the apostles to lose his life as a martyr (Acts 12:2). Thus, he didn’t live a long life. So, we are left with John. And Christian history confirms that John was the last disciple to die for he lived into the 90s AD. Therefore, John was the disciple whom Jesus loved.

John had a deep loyalty and love for Jesus which seemed to burn purer and brighter than his fellows. Between him and Jesus, there developed a close connection than the others. As John beheld the love and kindness of Jesus, he desired to become like Him. He was younger than the other disciples, and with the confiding trust of youth he allowed the love of God to transform his heart.

Because of his close relationship with Christ, the Lord entrusted the care of His mother to him as He hung upon the cross (John 19:25-27). After the Resurrection, John was the first of the disciples at the tomb and the first to know the glorious truth that the Lord had risen (John 20:8). And early Christian tradition tells us that years later Mary escorted John to Ephesus, where he oversaw the Christian churches of the region. 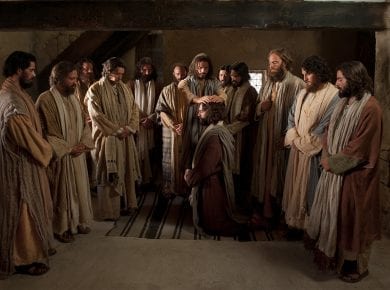 This answer is also available in: हिन्दीAndrew and John first followed Jesus when John the Baptist announced behold “the Lamb of God” (John 1:36). Andrew and John were the first…
View Answer 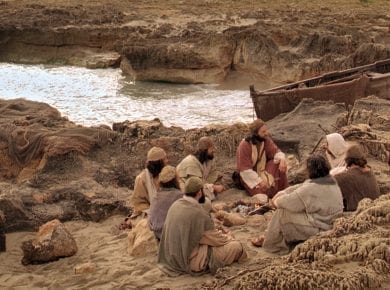 This answer is also available in: हिन्दीQuestion: Why did Jesus ask Peter, do you love me 3 times? Didn’t He know the answer? Answer: Jesus showed Himself to the disciples…
View Answer