Home Bible Who was Gershom in the Bible?

Gershom was Moses’ first son. And his younger brother was named Eliezer. Moses married Zipporah (Exodus 2:11-21), who was one of the seven daughters of Jethro, a Kenite priest of Midian (Judges 4:11). Their sons were born during the time Moses had taken refuge in Midian.

The word Gershom, means “banishment” (ch. 2:22), which shows a spirit of sadness that is natural to a life of exile in the desert. In contrast, Eliezer means “My father’s God (Elohei Avi) was my helper (Bi’ezeri), rescuing me from Pharaoh’s sword” (Exodus 14:4) which revealed Moses’ gratefulness for Gods’ protection that he received during his escape from the land of Egypt.

When God called Moses to deliver the Israelites from the land of Egypt, Moses left the desert and returned to Egypt with his two sons (Ex. 4:20). Gershom, the elder, had been circumcised in accordance with God’s instructions to Abraham (Gen. 17:10–14). But in the case of Eliezer, the younger son, this ceremony was neglected by the parents. Not believing in the necessity of circumcision, Zipporah resisted her husband’s intention to circumcise Eliezer at the right time.

But on the way, the Lord sent his angel who appeared to Moses in a threatening manner as if he intended to kill him. God showed Moses that He did not excuse him from administering the rite of circumcision “And it came to pass on the way, at the encampment, that the LORD met him and sought to kill him” (Exodus 4:24). When Zipporah saw that her husband’s life was in danger, she carried on the operation herself (Exodus 4:25) and saved her husband.

The later Books of Chronicles identify Shebuel as a “son” of Gershom during the time of King David. “Of the sons of Gershon, Shebuel was the first” (1 Chronicles 23:16). 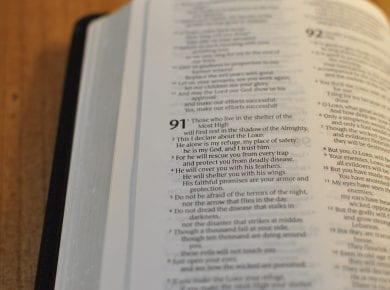 While the Bible gives God’s people warning of a time of trouble to come, it also gives many more promises of God’s goodness and care to His people through those…
View Post 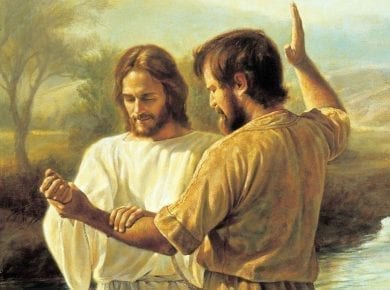 The Bible doesn’t mention the time of year when John the Baptist was born. However, the ancient Alexandrian church is said to have celebrated this event on the 23rd of…
View Post