Home Church What should Christian families do on Halloween?

Christians families should educate their children to the true meaning of Halloween. Halloween, no matter how commercialized, has almost completely pagan origins. October 31st has long been known as “The Festival of the Dead.” The Celtic tribes and their priests the Druids celebrated this day as a marker for the change from life to death. Being a festival of the dead, it was a time set for witches to attempt to communicate with the dead through various forms of divination.

Christians should not be involved with occult practice or divination. In Old Testament, witchcraft was a crime punishable by death (Exodus 22:18;Leviticus 19:31;20:6,27). The New Testament teaching about the occult is clear and did not change. The story of Simon, shows that occultism and Christianity stand on opposing sides (Acts 8:9-24). Acts 19 shows how the new converts to Christianity abandoned their former occultism by bringing their magic paraphernalia, and burning it before the Lord (Acts 19:19). So, participating in Halloween gives sanction to a holiday that promotes witches, divination, haunted houses, and other occult practices.

Therefore, most Churches hold Fall Fun Festivals and/or celebrate Reformation Day on October 31. These programs are great for Christian families to be involved in. They serve as a good positive diversion that teaches children Christian heritage and good moral values. “Whether therefore ye eat, or drink, or whatsoever ye do, do all to the glory of God” (1 Corinthians 10:31).

Christians should guard against the traditions of pagan holidays. They are under obligation to bring every thought, word, and deed into harmony with God’s revealed will (Col. 3:17; 1 Peter 4:11). All the energies of the soul should be used to advance  God’s kingdom, and so to honor God. 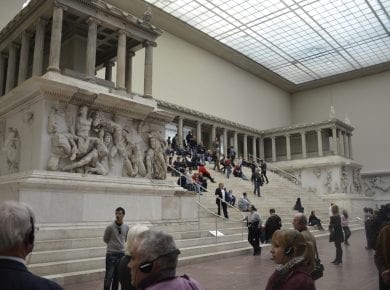 The Nicolaitans are first mentioned in the book of Revelation. Nicolaism is a Christian heresy that plagued the churches at Ephesus, Pergamum (v. 15), and perhaps elsewhere. Irenaeus identifies the…
View Post

The yoke Peter said to the Jewish believers, “Now therefore, why do you test God by putting a yoke on the neck of the disciples which neither our fathers nor…
View Post