Nineveh was one of the oldest cities of the Assyrians and served as its capital at different times. According to the Bible record, it was built by Nimrod (Genesis10:11). Archeological excavations prove its great antiquity. It reached its golden age from the 9th to the 7th century b.c., particularly during the glorious reign of King Sennacherib. Since 612 b.c. when the Babylonians and the Medes completely devastated Nineveh, the city laid in ruins. Even its location was forgotten until it was rediscovered in the middle of the 19th century.

Nineveh is situated on the eastern bank of the Tigris River opposite of the modern city of Mosul. Anciently, the river ran along the city’s western wall and provided extra protection. The river has since diverted its course and now flows about 3/4 of a mile west of the original path.

The size of ancient Nineveh can be clearly determined today because the city wall ruins still stand. Their combined length is about 71/2 mi. (c. 12 km.). The area of 1,640 acres (663.7 hectares) presents on the map the appearance of an irregular and elongated triangle.  An octagonal clay prism of Sennacherib, who extended the city after Jonah’s time, shows the king’s constructions, and names 15 city gates, of which 7 were in the southern and eastern walls, 3 in the northern wall, and 5 in the western wall.

Some have interpreted the reference in Jonah 4:11 to the 120,000 persons who could not discern between their right hand and their left, to mean small children only. Thus, they figured that the total population of Nineveh was from 600,000 – 2,000,000. But since this number of people could not have lived inside Nineveh, they have included other Assyrian cities in their assumption. However, those cities were separate units with their own walls and governments. And they were never included in Nineveh’s ancient historical records. Therefore, in the light of the real size of the city, it may be best to interpret the number of people in Jonah 4:11 as referring to people who were unable to distinguish between right and wrong. If 120,000 was meant as an estimation of the total population of the city, then that would be a reasonable number, when compared to modern Mosul. 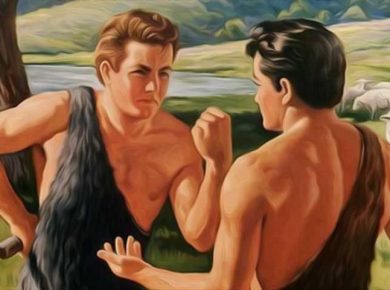 Cain and Abel were not the only sons of Adam and Eve. They were the first children. Adam and Eve had many other children, and their children had children, etc.…
View Answer 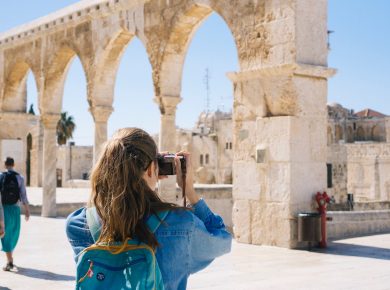 Table of Contents God’s relationship with ancient IsraelGod’s judgement for Israel’s apostasySpiritual IsraelConclusion It’s evident in scripture that God had a special role for ancient Israel, but did something change?…
View Answer