Question: Was God tired after creation that He needed to rest according to Exodus 31:17?

The Bible declares that God is all powerful and does not need physical rest. In Genesis 17:1, God describes Himself to Abraham by saying, “I am Almighty God.” Abraham’s son, Isaac, in blessing his son Jacob, said: “May God Almighty bless you….” The omnipotent nature of God can be seen throughout the Bible. The psalmist wrote: “Great is our Lord, and mighty in power; His understanding is infinite” (Psalm 147:5). Also, Isaiah wrote: “Have you not known? Have you not heard? The everlasting God, the Lord, the Creator of the ends of the earth, neither faints nor is weary” (40:28). Therefore, it is clear that the word ‘rested’ in Genesis 2:2 does not mean God needed to have physical rest.

As a human artist completes his work when he has brought it up to his ideal, and thus ceases to work upon it, so in an infinitely higher sense God completed the creation of the world by ceasing to produce anything new. God did not rest because He needed it but simply because He accomplished His work, so He ceased. Therefore, the phrase God rested does not mean exhaustion nor fatigue, but a cessation from previous task.

This page is also available in: Français (French) हिन्दी (Hindi)God created Adam and Eve with free-will which entailed that they should have a test to prove their loyalty. Not eating from…
View Answer 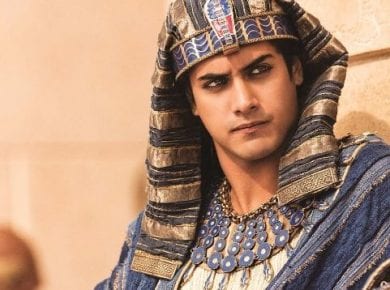 This page is also available in: Français (French) हिन्दी (Hindi)The story of Joseph (Genesis ch. 37-50) is a great illustration to the providence of God. God was always with Joseph. …
View Answer