God doesn’t curse the believers. But it is sin that causes people to receive the curses of evil. Man simply reaps the consequences of his own sin when he chooses to follow the devil. “For the wages of sin is death; but the gift of God is eternal life through Jesus Christ our Lord” (Romans 6:23). Sin pays its servants exactly what they have earned (Eze. 18:4).

The Bible tells us, “Let no man say when he is tempted, I am tempted of God: for God cannot be tempted with evil, neither tempts he any man” (James 1:13). James says that the sufferings, trials, and curses that believer faces should never be seen as allowed by God for the purpose of causing him to sin. God works all things for the good for His children (Romans 8:28).

When God allows people to face difficulties, it is not with the intent that any one should fail. God’s purpose is like that of the refiner, who casts his metals into the fire with the hope that a purer metal will be the result—not with the intention of destroying it. Satan tempts with the intention of causing pain, suffering, defeat and death and never for strengthening a man’s character (Matt. 4:1). Suffering is inflicted by Satan, but is overruled by God for purposes of mercy.

Though God grants to every man the power of free choice, He must not be charged with the curses that this freedom makes it possible for man to commit. If God is not the source of evil then the natural question arises, “Who, or what, is the source?” The apostle emphasizes that the source of curse is not outside a man, but within him. A man’s own “lust” is what leads him to reap the curses of his sin.

Satan and his evil hosts are ready to tempt men and cause them to receive the curses of sin (Eph. 6:12; 1 Thess. 3:5). While they may tempt humans to sin, their temptations would have no force if they don’t respond to the temptation. No man can be forced to sin. And this fact is clear as we look back at the history of mankind from the beginning till this time (Gen. 3:1–6). 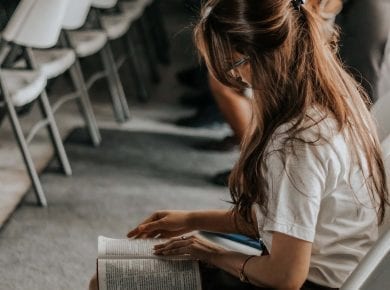 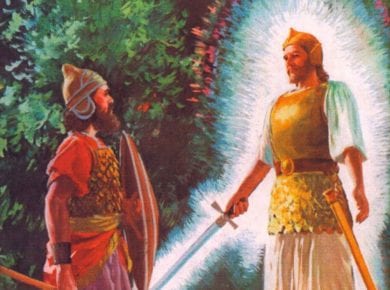 The Angel of God that is mentioned in Judges 13:6 is the same Angel that had appeared to Moses, Joshua, and others, and was none other than Christ. The Old…