The Bible teaches that God is one in essence, three in Person: the Father, the Son, and the Holy Spirit (Matthew 3:16-17; 28:19). God is not three gods but One. Finite human minds can’t fully understand the nature of God. Like one rope with three united strands, the three persons of the Father, Son, and Spirit make up the One God.

In the Holy Bible, God commanded, “You shall have no other gods before me” (Exodus 20:3). Being the only true God, the Lord requires that He alone be worshiped. Jesus affirmed that, “…The Lord our God is one Lord” (Mark 12:29). The Scripture passage here quoted reflects the distinctive belief of the Jews and Christians in the one true God, in contrast with the many gods of the heathen nations.

Genesis started to shed light on the Godhead. It said, “And God said, Let us make man in our image, after our likeness” (Genesis 1:26). The Hebrew word here for God is Elohim. It is a plural noun that is used more than 2,700 times in the Old Testament. This meant that inspired authors preferred to use Elohim about 10 times more than the singular form “El” when they described God.

In the book of Daniel, we see a picture of the Father and the Son as two separate persons: “I was watching in the night visions, and behold, one like the Son of Man, coming with the clouds of heaven! He came to the Ancient of Days, and they brought Him near before Him” (Daniel 7:13). The Son of man, Jesus, is seen coming before the Ancient of Days—who is, obviously, God the Father.

The meaning of one

The confusion regarding the number of beings composing the Godhead springs from a simple misunderstanding of the word “one.” The word one in the Bible does not always mean numerical quantity. Depending on the Scripture, “one” can often mean unity.

“Therefore a man shall leave his father and mother and be joined to his wife, and they shall become one flesh” (Genesis 2:24). “One flesh” here does not mean that a married couple melt into one human after their wedding, but rather they are to be united into one family.

Jesus prayed that the apostles would be one: “And the glory which You gave Me I have given them, that they may be one just as We are one: I in them, and You in Me; that they may be made perfect in one” (John 17:22, 23).

The New Testament writings are full with this concept of one God with three united, fully divine persons. We see the three persons of the Godhead clearly at the baptism of Jesus: “And Jesus, when he was baptized, went up straightway out of the water: and, lo, the heavens were opened unto him, and he saw the Spirit of God descending like a dove, and lighting upon him: And lo a voice from heaven, saying, this is my beloved Son, in whom I am well pleased” (Matthew 3:16, 17).

At the transfiguration mount, the Father in heaven witnessed to His Son on earth. “And a cloud came and overshadowed them; and a voice came out of the cloud, saying, “This is My beloved Son. Hear Him!” (Luke 9:35 also 2 Peter 1:16–18).

Jesus described the second coming. “Hereafter shall the Son of man sit on the right hand of the power of God” (Luke 22:69). It is clear from this verse that both God the Father and God the Son will be seen at the second coming.

Before His ascension to heaven, Jesus taught us to use the three Names of the Godhead in the great commission. “Go ye therefore, and teach all nations, baptizing them in the name of the Father, and of the Son, and of the Holy Ghost” (Matthew 28:19).

The apostle Paul affirmed that there were three divine persons. “The grace of the Lord Jesus Christ, and the love of God, and the communion of the Holy Ghost, be with you all” (2 Corinthians 13:14). And he added, “How much more shall the blood of Christ, who through the eternal Spirit offered himself without spot to God, purge your conscience from dead works to serve the living God?” (Hebrews 9:14).

Also, John the Revelator spoke of the Father and the Son as distinct and separate from each other. “From the seven Spirits who are before His throne, and from Jesus Christ, the faithful witness, the firstborn from the dead, and the ruler over the kings of the earth. To Him who loved us and washed us from our sins in His own blood, and has made us kings and priests to His God and Father, to Him be glory and dominion forever and ever” (Revelation 1:4–6). 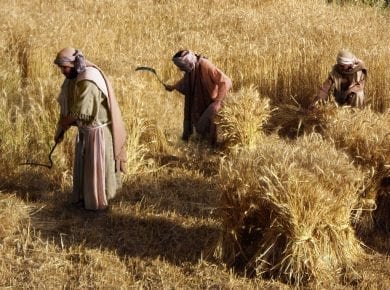 This answer is also available in: हिन्दीIn ancient times, slavery was a world wide established institution. In heathen countries, slaves were dealt with as possessions than like human beings. The…
View Answer 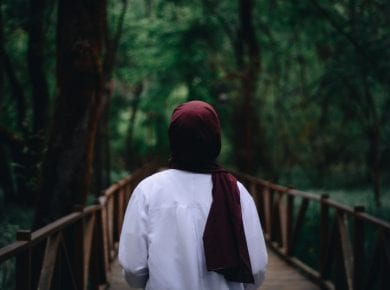 This answer is also available in: हिन्दीHere are some of the women’s rights in Islam according to the Quran: 1-Testimony: the testimony of a woman is half the testimony of…
View Answer