The word Philadelphia (Revelation 3:7) means “brotherly love.” This city was built before 138 B.C. It was named for Attalus II Philadelphus of Pergamum in honor of his loyalty to his elder brother, Eumenes II, who had ruled before him. An earthquake devastated the city in 17 AD. And, then the Roman emperor Tiberius build it again some 30 miles east-southeast of Sardis.

The church at ancient Philadelphia was not large and it didn’t have great influence. However, it was pure, holy and faithful to God’s Word. The members of the church of Philadelphia devoted themselves to the study of scriptures, especially the prophecies of Daniel and of the Revelation. In addition, The members experienced personal victory over sin. Thus the church was faithful and pure before God.

The Philadelphia church applies to the different movements of Protestantism during the end of the 18th century and the first half of the 19th. This church’s main goal was to create a living and personal faith in the Lord Jesus Christ which was evident by the fruits of the Spirit in the life of its members.

The great evangelical and advent movements in Europe and the United States rekindled the spirit of Philadelphia or brotherly love. They stressed practical godliness in contrast with the empty forms of religion. They revived their faith in the saving grace of Christ and in the nearness of His return. Their actions showed a deeper spirit of Christian practical godliness and loving fellowship between the brothers. The church showed more love than they ever experienced since the early days of the Reformation. 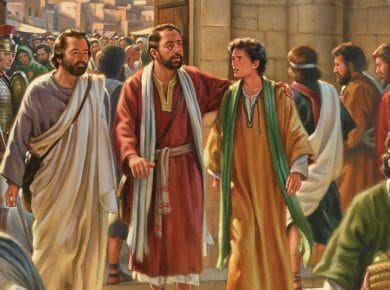 This page is also available in: हिन्दी (Hindi)Paul circumcised Timothy, who was a Galatian, half Jew and half Gentile, at the beginning of his ministry as a concession to Jewish…
View Answer

This page is also available in: हिन्दी (Hindi)“But I suffer not a woman to teach, nor to usurp authority over the man, but to be in silence. For Adam was…
View Answer