In Paul’s letter to the Corinthian church (1 Corinthians 11:3-15), he alluded to the hair of woman when discussing the roles of men and woman and the proper authority within the church.

In the ancient Corinthian culture, woman had to wear head veils to show respect and submission to their husbands. But apparently, some women in the Corinthian church didn’t cover their heads. This action was not right and could be misunderstood as improper behavior because only women with ill reputation didn’t cover their heads. At the same time, a man wearing a head cover in church was not appropriate no acceptable (v.7).

Paul said, “For if a woman is not covered, let her also be shorn. But if it is shameful for a woman to be shorn or shaved, let her be covered” (1 Corinthians 11:6). In other words, Paul said, if a woman wanted to act like a man, she should, in order to be consistent, to cut her hair like men. But since such an act would be regarded as disgraceful, she should be properly veiled in church.

And Paul gave the reason for this instruction: “For man is not from woman, but woman from man. Nor was man created for the woman, but woman for the man. For this reason the woman ought to have a symbol of authority on her head, because of the angels” (v. 8-10).

While the roles of men and woman have not changed according to God’s Word, the way they are represented may change according to the times and the customs of each culture. Today, in the western societies, veils don’t represent the submission of women to the authority of men. Therefore, there is nothing wrong with women cutting their hair. But it important that women should not imitate the hair styles of men and to abide by the culturally accepted indicators of gender.

This answer is also available in: हिन्दीThe golden rule states: “Therefore, whatever you want men to do to you, do also to them,” adding, “for this is the Law and…
View Answer 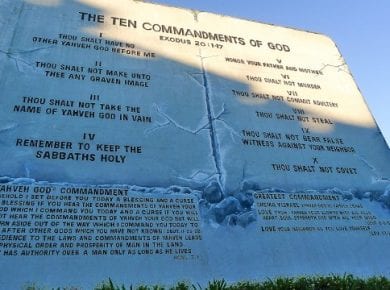 This answer is also available in: हिन्दीLegalism is a term believers use to describe a doctrinal stand focusing on rules as a means to salvation. It is a position opposed…
View Answer