Christ’s ministry to the non-Jews of Palestine were secondary to His ministry for He explained, “I was not sent except to the lost sheep of the house of Israel” (Matt. 15:24). Jesus’ short ministry of 3 1/3 years had to be focused primarily on the Jews, though when occasion offered itself, He did not deny the Gentiles the blessings He gave to His own people. During that brief period, He showed no favoritism to all whether the distinctions were of social rank, or knowledge, or wealth. And even His enemies acknowledged that (Matt. 22:16).

If Jesus’ labors for the Jews were to succeed, it was essential that He should observe the customs of the Jews to the extent that the Jewish leaders should have no reason to charge Him of breaking down the walls they had erected against the Gentiles, even though these walls were wrong in many respects. If He had done away with these barriers, He would have destroyed His influence with the very people He came to save.

However, Jesus’ mission to reach the whole world was to be accomplished through the lives of His disciples. Jesus gave them His great commission just before His ascension to heaven (Matthew 28:19). This commission was to be carried out after the disciples got empowered with the Holy Spirit at the day of Pentecost (Acts 2). With time, Jewish Christians understood the fact that God considered all men everywhere eligible to become citizens of the kingdom of heaven (Acts 9:9–18, 32–35; 10:1–48; 15:1–29; Rom. 1:16; 9:24; etc.).

Today, Christian workers are to break all barriers between races and regard all men brothers before God, and to remember that “God is no respecter of persons” (Acts 10:34). The apostle James stressed this truth to all who wished to be true disciples of Christ (ch. 2:1–9). And Paul, the preacher to the Gentiles, taught this same principle saying, “but glory, honor, and peace to everyone who works what is good, to the Jew first and also to the Greek. For there is no partiality with God” (Rom. 2:10–11).

Jesus said, “I am the way, the truth, and the life. No one comes to the Father except through Me” (John 14:6). Jesus is the only way to heaven. By…
View Answer 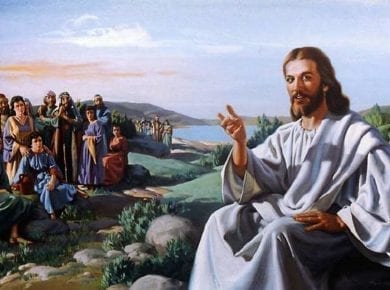 Paul wrote, “But now Christ is risen from the dead, and has become the firstfruits of those who have fallen asleep” (1 Corinthians 15:20). The term “firstfruits” comes first from…
View Answer