In a short answer, fossil records can’t act as proof for evolution. All it really says is that the creature died. It doesn’t say that the animal had any offspring, nor was the offspring any different then itself. Let’s consider the following facts:

A-The abrupt appearance of animals. “Evolution requires intermediate forms between species and paleontology does not provide them.” (David Kitts evolutionist and paleontologist). All the different, basic kinds of animals appear abruptly and fully functional in the strata – with no proof of ancestors. Darwin was embarrassed by the fossil record. It contains no proof for macro-evolution of animals.

B-The abrupt appearance of plants. Evolutionist Edred J.H. Corner says, “… I still think that to the unprejudiced, the fossil record of plants is in favor of special creation.” (Evolution in Contemporary Thought, 1961, p.97). Scientists have been unable to find an Evolutionary history for even one group of plants that exist today.

C-Fossils are similar to living creatures.  Most fossils are very similar and in many cases identical to creatures that are living today. There are many more living species of animals than there are types known only as fossils. If Evolution is true, we should find millions of fossils for intermediate stages of Evolution, from amoeba to man. But there is no such findings.

D-Sufficient fossils. There is a continuing lack of evidence for evolution despite the great number of fossils.

E-Fast strata formation. Evidence shows that some sedimentary rocks that were thought to have developed over millions of years actually formed in only a short period of few months or less.

F-Rapid coal formation. There is increasing evidence that massive coal deposits were formed in deep flood waters. And coal formation is relatively quick when heat is applied.

G-Fossilization requires very special conditions. Animals don’t turn into fossils unless they are buried quickly before scavengers, bacteria, decay and erosion destroy them. These are unusual conditions. Therefore, the existence of the fossils, strongly indicates catastrophic conditions were the cause of their preservation.

H-Wrong order for evolution. Research shows that “80 to 85% of Earth’s land surface does not have even 3 geologic periods appearing in ‘correct’ consecutive order” for Evolution.

Conclusion: “Fossils are a great embarrassment to Evolutionary theory and offer strong support for the concept of Creation.” (Dr. Gary Parker, Ph.D., Biologist/paleontologist and former Evolutionist). 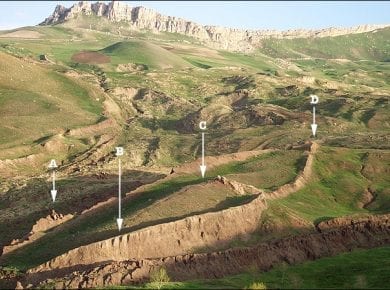 This page is also available in: हिन्दी (Hindi)Many people have tried to find the remnants of Noah’s Ark on the Mountains of Ararat in Turkey. And in 1960, Lihan Durupinar,…
View Answer 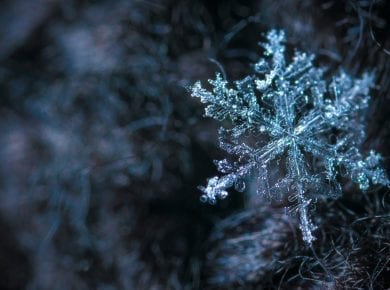 This page is also available in: हिन्दी (Hindi)sSnowflakes, one of nature’s true architectural wonders, are shaped when water vapor gets cold while passing through clouds. A single snowflake is a…
View Answer