Also, in the judgment, people will be condemned not just because they have been in the wrong but because they have ignored the heaven-sent opportunities for knowing the truth. God provided all knowledge possible to save mankind. What greater revelation of Himself could He have given?

Therefore, they will perish because they didn’t try to learn about the One who is “the way, the truth, and the life” (John 14:6). “Therefore, to him who knows to do good and does not do it, to him it is sin” (James 4:17). This is said of those who avoid further study of God’s Word because further knowledge would increase their personal responsibility.

God has never willed that some people be lost (John. 3:18), but because some have desired darkness more than light, they will be judged. This shows the expected result of the fact that “the wages of sin is death” (Romans 6:23). Every man’s destiny will be determined by his own response to the truth.

The sad truth is that sin in itself blinds people so that they don’t want to learn the truth and prefer darkness. Paul wrote, “whose minds the god of this age has blinded, who do not believe, lest the light of the gospel of the glory of Christ, who is the image of God, should shine on them” (2 Cor. 4:4). Therefore, it is essential that people don’t get entangled by sin lest it blurs their spiritual senses (John 12:40). 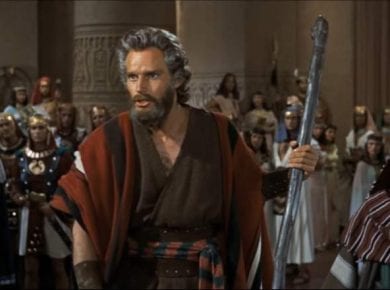 “And it came to pass on the way, at the encampment, that the Lord met him and sought to kill him” (Exodus 4:24). Background Moses had been raised in Egypt…
View Answer

To some, the God of the Old Testament appears to be holy and punishing while in the New Testament, He appears loving and forgiving. But that is not the case.…
View Answer