The story of David and Bathsheba can be found in 2 Samuel 11. To paraphrase the story, David remained in the city while his men went to battle. Upon one idle evening while he was walking on his rooftop, he saw Bathsheba bathing. After seeing her, he asked about her and found out she was the wife of one of his men. He still sent for her and had an affair. That affair led to her being pregnant. David then placed her husband in harms way in a battle and allowed him to fall to the enemy. He then took Bathsheba to be his wife.

God saw this and in reference to the sin of David and Bathsheba, we read the following verse:

From the story, we can learn several key takeaways. It is easier to be led to sin when we are idle. After sin Got cursed the ground for our sake, because in toil and labor we won’t be idle and more prone to sin (Genesis 3:17). The first sin that occurred was David coveted. When he saw Bathsheba bathing, he did not turn away, but saw that she was beautiful and coveted her. He then acted upon that and found out she was married and chose to commit adultery with her. After coveting, which led to adultery, David murdered her husband. It’s easy to see from this story how one sin can lead to another greater sin.

But God punished David and brought upon him the evil consequences of his sin to teach us the pure character of God’s Law. Three direct consequences were inflicted upon David:

Second: Nathan also prophesied to David that his own wives would be humiliated before all Israel (2 Samuel 12:11). This was fulfilled when Absalom “lay with his father’s concubines in the sight of all Israel” (2 Samuel 16:22).

Third: Nathan pronounced the fatal end of the son conceived by David’s sin with Bathsheba (2 Samuel 12:14). This was fulfilled seven days after Nathan’s judgment sentence (2 Samuel 12:18). To David, the death of his son would be a far greater punishment than his own death.

As a result of the bitter experience he would pass through, David would be brought to a complete repentance and conversion. And this was the Lord’s goal. We read about this change in the 51st psalm, written at this time, where David not only confessed his sin and prayed for forgiveness but asked the Lord to create in him a clean heart and renew a right spirit within him (Psalms 51:2, 3, 10).

The Lord in His mercy allows men to see that the results of sin are not increased prosperity and happiness, but misery, woe, and death. His protecting hand was withdrawn from David, and the king was permitted to taste the bitter fruits of his sin. And David realized that the pathway to true happiness could not be found in disobedience. The story of David and Bathsheba is also recorded in the Bible for us to learn from. The biggest lesson is that God can forgive, if we come to Him and repent. 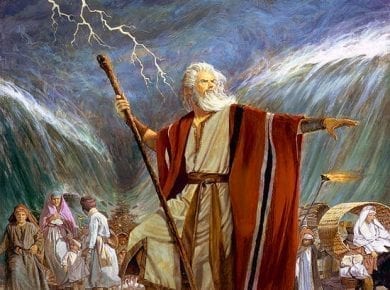 This page is also available in: العربية (Arabic) Français (French) हिन्दी (Hindi)The Ten Commandments existed from the very beginning of time. God gave His law because it showed men what…
View Answer

This page is also available in: العربية (Arabic) Français (French) हिन्दी (Hindi)“For sin shall not have dominion over you: for ye are not under the law, but under grace” (Romans…
View Answer