Job, in the Bible, was a wealthy and righteous man living in the land of Uz around the 6th century BCE to the 4th century BCE. He had much flock and a large family. Job was blameless and upright and feared God. In the testament of Job we read how the devil challenged God to put Job to a test to see if he would be faithful. As a public testimony to all creation, God allowed it. One by one bad things started to happen to Job. He lost family, and wealth, and his own life was put through painful turmoil.

His wife looking at what happened told Job to just curse God and die, but Job would not. Job and his friends were righteous man, but even they could offer no comfort or understanding as it was beyond human wisdom (see Why does God allow the righteous to suffer?) After all this took place, Job asks God and God answers Job in poetic dialogue (Read in Job 38). In their dialogue we see God’s wisdom, and Job realized it 3 chapters later in Job 42. He is then blessed much more than he already was.

The book of Job was also found among the Dead Sea Scrolls. Ancient Jewish tradition credits the authorship of the book of Job in the Hebrew Bible to Moses. The Babylonian Talmud claims, “Moses wrote his own book, and the passages about Balaam and Job” (Baba Bathra, 14b, 15a). But this claim is rejected by many modern scholars and instead they suggest that Elihu, Solomon, and Ezra could be the authors of the book. Others believe the book to be the work of an unnamed author, perhaps of the time of Solomon, or of the time of David, or of the era of the Captivity. However, these later claims don’t have enough evidence to support them.

Moses, the Author of Job?

There is much support to the early assertion that credits the writing of the book of Job to Moses for he spent 40 years in the land of Median. This land would give him a good background of the land of Uz.  Also, Moses’ Egyptian heritage explains the hints to Egyptian life and practice that appear in the book. Further, the image of God as Creator and Sustainer aliens well with the creation narrative that is presented in the book of Genesis which was written by Moses.

Crediting Moses for the authorship of the book of Job does not exclude the possibility that most of material may have already been there in a written form by Job himself. The scholars that attest to that base their claims on the fact that the subject matter of Job is much different from that of the other books of Moses.

Some scholars object to Mosaic authorship on the grounds of dissimilarity of style between Job and the other books attributed to Moses but this argument is a weak one because of the obvious parallels. For example, certain words used in the book of Job appear also in the Pentateuch, but nowhere else in the Old Testament; many other words common to both Job and the Pentateuch are seldom used by other Bible writers. Finally, the title ’El–Shaddai, “the Almighty” is used 31 times in the book of Job and 6 times in the book of Genesis, but doesn’t occur in this particular form anywhere else in the Bible. 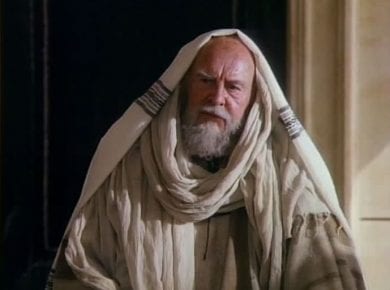 This page is also available in: हिन्दी (Hindi)The name Gamaliel means “my reward is God.” Gamaliel was the son of Simeon ben Hillel and grandson of the great Jewish teacher…
View Answer

This page is also available in: हिन्दी (Hindi)Some Bible scholars regard the book of Isaiah as a miniature version of the Bible, a  “mini Bible,” for the following reasons: There…
View Answer