Depression is a complex ailment that millions of people suffer from. It is believed that depression may be the cause of problems that originate from the person’s psyche and it may be also due to chemical imbalances in the body. If the latter is the case, then drugs may be used to help counter the imbalance.

But caution must be taken because antidepressant medication have side effects. Antidepressant drugs should be used when all other treatments have failed to cure the actual causes of depression. Also, drugs may create chemical dependency and can be addictive and a person can no longer function normally without them.

If depression is due to problems with the psyche its is essential that the afflicted ones deal with the root of problems through the assistance of Christian medical and psychological professionals. Let them also remember that God is the great physician. God’s Word heals the heart, mind and body “He sent his word, and healed them, and delivered them from their destructions” (Psalm 107:20). So, let those who are suffering look to God, meditate on His Word, and claim His promises for healing from depression. Here are some verses:

“If you will diligently listen to the voice of the Lord your God, and do that which is right in his eyes, and give ear to his commandments and keep all his statutes, I will put none of the diseases on you that I put on the Egyptians, for I am the Lord, your healer” (Exodus 15:26).

“And the Lord will take away from you all sickness, and none of the evil diseases of Egypt, which you knew, will he inflict on you” (Deuteronomy 7:15).

“You shall serve the Lord your God… and I will take sickness away from among you. None shall miscarry or be barren in your land; I will fulfill the number of your days” (Exodus 23:25-26).

“they brought to him many who were oppressed … and healed all who were sick. This was to fulfill … Isaiah: “He took our illnesses and bore our diseases” (Matthew 8:16-17).

“And wherever he came…they laid the sick in the marketplaces and implored him that they might touch even the fringe of his garment. And as many as touched it were made well” (Mark 6:56).

“And these signs will accompany those who believe… and if they drink any deadly poison, it will not hurt them; they will lay their hands on the sick, and they will recover” (Mark 16:17-18).

“how God anointed Jesus of Nazareth with the Holy Spirit and with power. He went about doing good and healing all who were oppressed by the devil, for God was with him” (Acts 10:38).

“And he went throughout all Galilee, teaching in their synagogues and proclaiming the gospel of the kingdom and healing every disease and every affliction among the people” (Matthew 4:23).

“Jesus, aware of this, withdrew from there. And many followed him, and he healed them all” (Matthew 12:15).

“When he went ashore he saw a great crowd, and he had compassion on them and healed their sick” (Matthew 14:14).

“…they … brought to him all who were sick  and implored him that they might only touch the fringe of his garment. And as many as touched it were made well” (Matthew 14:35-3).

Also, let those that are suffering with depression seek the church leaders for prayer and anointing with oil. “Is anyone … sick? … call for the elders of the church, and let them pray over him, anointing him with oil in the name of the Lord. And the prayer of faith will save the one who is sick” (James 5:14-15). 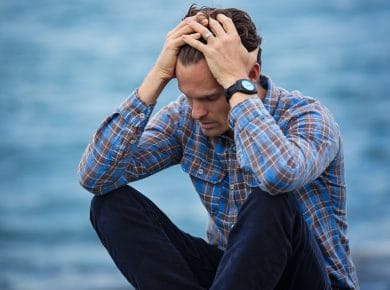 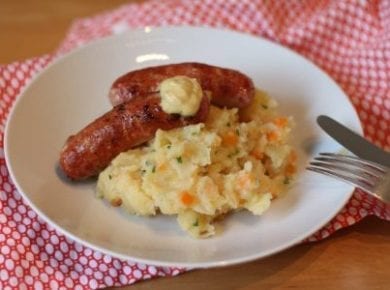 The Bible says that eating Pork is wrong because it is considered an unclean animal. God gave health rules in the Bible because He created the human body and knows…
View Answer