Many Christian leaders teach from their pulpits that “the Church” will NOT go through Earth’s final “tribulation,” but will instead be “raptured” or taken to heaven before the final crisis takes place. This teaching is comforting to those that accept it. But is that what the Bible teaches?

Throughout the ages believers have without a doubt suffered “tribulation” and the Scriptures teach that this will continue till the Second Coming of Jesus Christ at the end.

The word “tribulation” in the New Testament, almost every verse applies to what faithful believers go through, rather than what they escape from. Let’s examine these references:

“Jesus said there would be “great tribulation” which His followers (the “elect”) must endure. Yet for “the elects sake, those days shall be shortened” (Matthew 24:21,22).

“Jesus Christ said to His followers, “In the world YOU shall have tribulation, but be of good cheer, I have overcome the world” ( John 16:33).

Paul told Christians, “WE through much tribulation must enter the kingdom of God” (Acts 14:22).

“True Christians are to “glory in tribulations” because “tribulation works patience” and develops Christian character” (Romans 5:3).

Paul wrote of the many “persecutions and tribulations” which “the churches of God” were enduring in the first century (Christians were thrown to the lions in the coliseum, eaten by wild dogs, burned at the stake and lit up as torches in Nero’s garden)-2 Thessalonians 1:4.

John was our “companion in tribulation” (Revelation 1:9).

To His church, Jesus said, “I know your works and tribulation…” (Revelation 2:9).

Again to His church, Jesus said, “YOU shall have tribulation…” (Revelation 2:10).

God’s final people “came out of great tribulation, and have washed their robes, and made them white in the blood of the Lamb” (Revelation 7:14). They did not escape it, but endured through it, being purified.

The Scriptures reveal that believers have at all times gone through “tribulation” and will suffer tribulations until the end. But the good news is that, believers need not be afraid for Christ promised, “Lo, I am with you always, even to the end of the world” (Matthew 28:20).

Through the gift of the Holy Spirit, Christ would be closer to His faithful children even more than when He was living on this earth (John 16:7). And He will strengthen them to overcome all the powers of darkness (Luke 10:19). 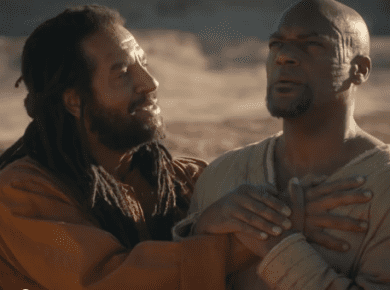 This answer is also available in: العربية हिन्दीMany today wonder about the role of the modern nation of Israel in end time events. Dave Hunt the author of Best-selling book…
View Answer