In the Bible a person’s name often stands for his character, and a new title would indicate a new character. This new name would not resemble the old one, but would take its place and be different from it.

In the Old Testament the Lord speaks of giving a new name to His children in the New earth: “The Gentiles shall see your righteousness, and all kings your glory. You shall be called by a new name, which the mouth of the Lord will name” (Isaiah 62:2). In this verses the Lord promised to give a  new title, a new character, patterned after that of God. Also Isaiah adds, “You shall leave your name as a curse to My chosen; for the Lord God will slay you, and call His servants by another name” (Isaiah 65:15)

And in the New Testament, the Lord promises the same thing: “He who has an ear, let him hear what the Spirit says to the churches. To him who overcomes I will give some of the hidden manna to eat. And I will give him a white stone, and on the stone a new name written which no one knows except him who receives it” (Revelation 2:17). Here, the Christian is promised a “new title,” that is, a new and different character, patterned after that of God. This new character is the fruit of the work of the Holy Spirit in the life of the believer (Romans 8:29).

Inasmuch as a name implies personality and character, the promise here is that those who overcome will receive the permanent mark of God’s character; the image of their Creator will be fully reflected in them through His changing grace (Colossians 3:10).

This answer is also available in: العربية हिन्दीThe Bible doesn’t tell us what age the redeemed will be in heaven, but it is believed that just as God created Adam…
View Answer 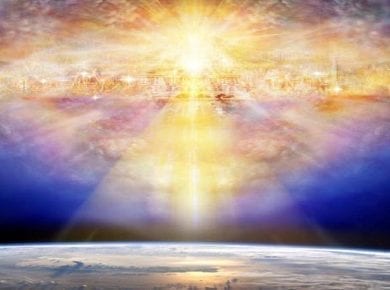 This answer is also available in: العربية हिन्दीThe word furlong is mentioned in the following passage where John the Revelator is recording the dimensions of the amazing space city of…
View Answer