“And the sixth angel poured out his vial upon the great river Euphrates; and the water thereof was dried up, that the way of the kings of the east might be prepared” (Revelation 16:12).

The Left Behind’s Armageddon teaches that the waters of the river of Euphrates will dry up allowing for the Asian armies to shoot at the Jews in the battle of Armageddon. But to understand the meaning of this verse and the context, let’s allow the Bible to interpret its own symbols:

1-The “vial” is one of the seven “vials of the wrath of God” (16:1). The Word of God says, “the sixth angel poured out his vial upon the great river Euphrates.” Thus, it is the wrath of God that dries up the Euphrates!

2-The “waters” in the book of Revelation represent people “The waters which you saw, where the whore sits, are peoples, and multitudes, and nations, and tongues” (Revelation 17:15). And if the vial of wrath falls on the water, then this means God’s wrath will finally be poured upon people who steadfastly continue to support Mystery Babylon.

3-“Mystery Babylon” is “a woman” (17:3). A woman in prophecy represents a church. God likens His people to a “wife” that “has made herself ready” for “the marriage supper of the Lamb” (Revelation 19:7,9). The Babylonian woman has “fallen” (Revelation 14:8). This must mean that “Mystery Babylon” in Revelation represents a globally supported church that has “fallen” away from her husband, Jesus Christ, and from Bible truth. The people who support “Mystery Babylon” are “drunk with the wine of her fornication” (17:2). Yet, God still has people inside of Babylon, whom He calls, “My people.” Before the last act of history’s drama, He calls them to “come out” (18:4). Why? Because the river Euphrates is destined to run dry.

5-“Her fornication” applies to her unlawful union with “the kings of the earth” (17:2).

In conclusion: When God’s judgments fall on the swirling waters of Babylon-supporting people, they will realize they’ve been deceived. Then, they will “hate the whore, and shall make her desolate and naked, and shall eat her flesh, and burn her with fire” (Revelation 17:16). Thus, the people’s misplaced support for a false system will stop and come to an end. This is how Babylon’s water will dry up, preparing the way for “the kings of the east” who are the Father and the Son coming in glory at the second coming (16:12). The second coming will halt the battle of Armageddon and save God’s people (Revelation 6:14-17; 16:18-21;19:11-20). 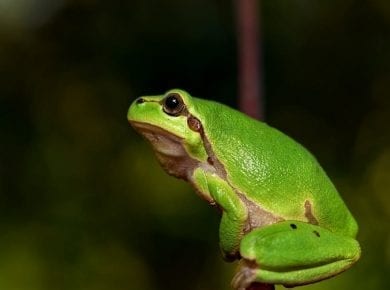 This answer is also available in: हिन्दीWhen you think of frogs, you might think of green slimy creatures that eat bugs in a swamp. You might not imagine the Bible…
View Answer 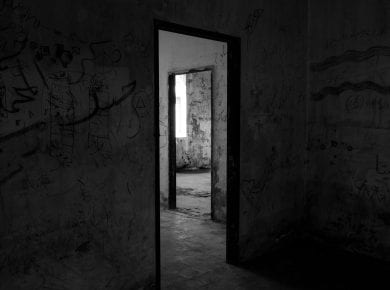 This answer is also available in: हिन्दीThe battle of Armageddon is the final war launched by the armies of the world to exterminate God’s people. All the nations will gather together…
View Answer