There is much excitement on the internet around the date September 23, 2017 as some are claiming that a great event of prophetic significance will take place then, possibly the rapture of the believers to heaven.

These promotes add that the unusual occurrence (allegedly only once in 7,000 years) is supposedly a fulfillment of a sign in Revelation 12:1-2 which reads:

“And a great sign appeared in heaven: a woman clothed with the sun, with the moon under her feet, and on her head a crown of twelve stars. She was pregnant and was crying out in birth pains and the agony of giving birth.”

These people are tying this event to the supposed rogue planet Nibiru or the tetrad of total lunar eclipses in 2014–2015.

But if we examine these events scientifically, we learn from Dr. Danny Faulkner, the astronomer on staff at Answers in Genesis, that there is nothing unusual about the sun appearing in the constellation Virgo. For it moves through the 12 constellations of the zodiac, spending about a month in each one. Also, it is not unusual to find the moon near the feet of Virgo for it appears near the feat of Virgo for a day or two each month.

The reason this topic is getting more attention this year is due to the addition of Jupiter to the mix. The last time this happened was in 2005 but it didn’t get enough publicity because YouTube was very new then.

In addition to Jupiter we also have addition of the three naked-eye planets in Leo, above the head of Virgo. The videos promoting this supposed sign claim that the constellation Leo has nine stars, so the addition of these three “wandering stars” makes the total number of stars in Leo, above the head of Virgo, to 12, with the 12 stars forming the crown of the woman in the sky, according to Revelation 12:1.

But the truth is that Leo has more than nine stars which means that, the claim that the addition of the three planets brings the total number of stars in Leo to 12 is not true. This occurrence is not uncommon and has happened many times over the past 6,000 years, so the claim that this unusual event is so unique is not true either.

Based upon Revelation 12:5, most Bible commentators believe that the child was Jesus who was the true fulfillment to that prophecy.

Instead of making predictions based on false scientific information, the believes are to heed the Bible warning not to set dates to the coming of Christ because “of that day and hour no one knows, not even the angels of heaven, but My Father only” (Matthew 24:26). “Therefore you also be ready, for the Son of Man is coming at an hour you do not expect” (Matthew 24:44). 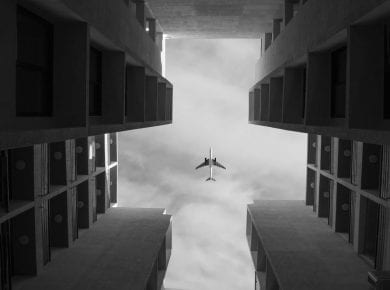 This answer is also available in: हिन्दीSome believe that God’s children will be taken out of the world just before the time of tribulation. But the Bible teaches that God’s end-time people…
View Answer