“…and cause as many as would not worship the image of the beast to be killed. He causes all, both small and great, rich and poor, free and slave, to receive a mark on their right hand or on their foreheads, and that no one may buy or sell except one who has the mark or the name of the beast, or the number of his name” (Revelation 13:15-17).

The USA will experience national disasters which will cause the economy to collapse. And in an effort to regain its power, it will attempt to go back to God to have its original prosperity. To this end, the USA will enact religious laws to reform itself. It will enforce religious laws in favor of the Papacy, who has been gaining religious leadership in America.

And since Sunday observance is the only commandment that has been changed by the Papacy without any biblical authority, it will be its mark of authority. Those that obey Sunday observance laws (Blue Sunday Law) will receive the papacy’s mark (or the Mark of the beast). But those that will refuse to obey these Sunday laws because it conflicts with God’s fourth commandment which honors the seventh day Sabbath (Exodus 20:8-11) will be charged with civil disobedience.

Those that will disobey the religious laws will not be allowed to buy or sell. This situation will escalate to a death degree (Revelation 13:15) as God’s followers will be accused of being the reason for the disasters that are happening and for standing in opposition to reform.

But God’s people will be taken care of by God. “He shall dwell on high: his place of defence shall be the munitions of rocks: bread shall be given him; his waters shall be sure” (Isaiah 33:16). The promise given here will prove to be of special comfort to God’s people during the great crisis of the last days (Ps. 61:2, 3; 91:1, 2, 9:9). While the wicked suffer for lack of food and water (Rev. 16:4–9), the saints will have the necessities of life provided them (Philippians 4:19). 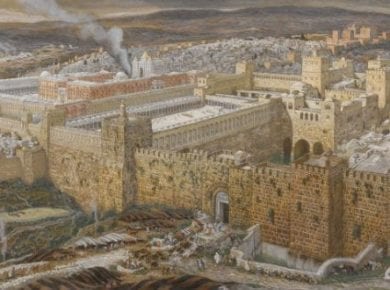