Herod killing the babies in Bethlehem

Many believe that babies that die will go to heaven on the basis of the story that was recorded in Matthew 2:16-18 that says, “Then Herod, when he saw that he was deceived by the wise men, was exceedingly angry; and he sent forth and put to death all the male children who were in Bethlehem and in all its districts, from two years old and under, according to the time which he had determined from the wise men. Then was fulfilled what was spoken by Jeremiah the prophet, saying: “A voice was heard in Ramah, lamentation, weeping, and great mourning, Rachel weeping for her children, refusing to be comforted, because they are no more.” This story tells of king Herod who ordered the slaying of all the male babies in Bethlehem that were two years old or younger to get rid of the coming Messiah.

The prophecy of Jeremiah

The meaning of the prophecy

Primarily, this verse refers to the return of the exiles from captivity. Secondarily it refers to that time when restoration will be permanent, the time of the “restitution of all things” (Acts 3:21) at the second coming of Christ. Thus, the promises found in Jeremiah 31:16- 17, may well give assurance to any modern Rachel in Israel, that if she is faithful to the Lord, her babies who have been claimed by death will be restored to her by the great Life-giver on the Resurrection Day.

God’s love for the babies

Jesus certainly made clear His love of children: “Let the little children come to me and do not hinder them, for to such belongs the kingdom of heaven” (Matthew 19:14; also Mark 10:14; Luke 18:16). And Jeremiah 1:5 also provides insight about God’s plans for babies: “Before I formed you in the womb I knew you, and before you were born I consecrated you; I appointed you a prophet to the nations.”

The Lord loves all babies and He clearly has a purpose in the creation of each one. And we can fully trust our babies to His infinite love because He gave His life to save them. “For God so loved the world that He gave His only begotten Son, that whoever believes in Him should not perish but have everlasting life” (John 3:16). 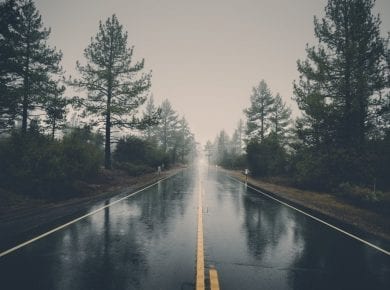 This answer is also available in: हिन्दीWhat does the word predestine mean? Predestination is the doctrine that all events have been willed by God and that He willed eternal damnation…
View Answer

This answer is also available in: हिन्दीQuestion: Will the redeemed still be happy in heaven when they remember their lost loved ones? Answer: Some believe that they can not enjoy…
View Answer