Question: Will a person who lost his mental abilities (due to sickness or accident) lose his salvation?

Answer: The loss of mental abilities or “Mental Illness” is a term used for a variety of disorders causing severe disturbances in thinking and feelings. People suffering from mental illness have a substantially diminished capacity for coping with the ordinary demands of life.

When a person surrenders his life to the Lord and follows His path, he receives salvation. If that person loses his mental abilities or experiences Alzheimer, dementia, or an accidental brain-damage and his behavior is altered, does that mean that he lost his salvation? Of course not.

God saves people based upon their reasoning powers. If someone loses his reasoning powers, the Lord understands and He will not judge him.  God understand the weakness of the human nature and He knows that mental illness deprives a person from the capacity to reason. However, there is also a distinction in Scripture between mental illness due to evil spirits and the naturally occurring mental illness. But even for those that are afflicted by evil spirits, God provides total deliverance if they seek His help (Luke 7:21; 8:2; Acts 19:12).

Jesus showed great love toward those who were either possessed by evil spirits or showed signs that would be described today as mental health issues. In Mark 5 Jesus delivered a demon-possessed man who “was always crying out and cutting himself with stones” (v. 5). When the healed man asked to travel with Jesus, he was told by our Lord, “Go home to your friends and tell them how much the Lord has done for you, and how he has had mercy on you” (v. 19).

The love of Jesus for those suffering with mental illness is the general biblical principle that can apply to anyone unable to express faith in Jesus on his own. “The Spirit of the Lord is upon Me, because He has anointed Me to preach the gospel to the poor; He has sent Me to heal the brokenhearted, to proclaim liberty to the captives and recovery of sight to the blind, to set at liberty those who are oppressed” (Luke 4:18). This answer is also available in: हिन्दीGod’s dietary laws that are listed in Leviticus 11 and Deuteronomy 14 are not, as some think, merely prohibitory. God desires that man shall…
View Answer 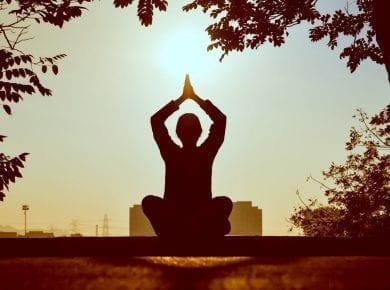 This answer is also available in: हिन्दीYoga is the physical, mental, and spiritual practices which originated in ancient India to attain spiritual growth and enlightenment. “Yoga is a method of…
View Answer