In order to know why the book of Lamentations was included in the Bible, It is important to know the historical background of this book. Lamentations was written in the end times of the kingdom of Judah, mainly the destruction of Jerusalem, with all the suffering that came with it both during and after the final siege of the city.

After the death of the godly King Josiah the political, social, and religious conditions worsened quickly under the following rule of Jehoahaz, Jehoiakim, Jehoiachin, and Zedekiah. The inhabitants of Jerusalem went through intense Turmoil during the final siege of the city, 588–586 b.c. For almost the entire population of Judah were taken captive by successive waves of Babylonian attacks. Only the poorest in the land were left in the empty cities to take care of it.

The prophet Micah predicted the fall of Jerusalem more than a century before that time. This came as a judgement to the rulers of Judah who “build up Zion with blood, and Jerusalem with iniquity” (Micah 3:10). And for 40 years Jeremiah admonished the inhabitants of Judah to forsake their wicked ways. He tried to help king Josiah to maintain a righteous rule through godly principles. He warned Judah of the ruin what will fall them if they continued in their evil course of action.

The prophecies are not without hope. Through the story of destruction runs a glimpse of expectation that God will forgive and comfort His people. In the final chapter of Lamentations, this hope is seen in the prayer that says: “Turn thou us unto thee, O Lord, and we shall be turned; renew our days as of old” (Lamentations 5:21). Here, the prophet Jeremiah stressed that only the Lord can bring back the lost sinner to divine favor; only He can give the power that makes it possible for a sinner to repent, to “return” to Him (Acts 5:31). For it is “the goodness of God (that) leads you to repentance? (Romans 2:4). Although the prophet Jeremiah was a mourning prophet, throughout his books, he gave many hopeful promises of restoration (Jeremiah 16:13–15; 27:21, 22; 30:5–24; 33:7–9; Lamentations 3:22, 31, 32).

This answer is also available in: हिन्दीThe English word Bible is from the Latin biblia. The word itself had the literal meaning of “paper” or “scroll” and came to be…
View Answer 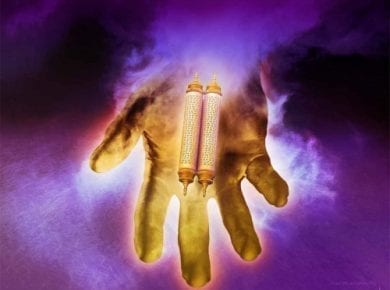 This answer is also available in: हिन्दी“Then I took the little book out of the angel’s hand and ate it, and it was as sweet as honey in my mouth.…
View Answer