Gideon the son of Joash the Abiezrite was the fifth judge over Israel (Judges 6:11). When the children of Israel did evil in the sight of the LORD, He delivered them into the hands of Midian for seven years (Judges 6:1). And this enemy destroyed their land, crops, and left them without sustenance that they were greatly impoverished (Judges 6:6).

The Lord raised a deliverer

In their distress, the Israelites cried to the Lord for deliverance and help (Judges 6: 4-7). And He heard their prayer and sent them Gideon. The angel of the Lord appeared to Gideon calling him to deliver Israel and assured him that God is with him (Judges 6:12).

But before Gideon can carry on his mission, he needed to cleanse his father’s house from idolatry. The Lord commanded him to “cut down the wooden image … and build an altar to the LORD …and offer a burnt sacrifice … So Gideon… did as the LORD had said to him” (Judges 6:25-27). Consequently, the men of the city got angry and said to Gideon’s father, give us your son that we may kill him for what he did to the alter of Baal. But his father, Joash, defended his son and said, “Would you plead for Baal? … If he is a god, let him plead for himself” (Judges 6:30-32).

At that time, all the Midianites and Amalekites gathered together to war against Israel. And the Spirit of the LORD came upon Gideon and he gathered his people to war (Judges 6:34). But Gideon asked God for a sign or a fleece to make sure that God will give him victory (Judges 6:37-40). In mercy, God assured him twice that He would be with him.

Again, before the battle the Lord assured Gideon through a dream (in the enemy camp) that he will win the battle with the 300 soldiers (Judges 7:13,14). And the Lord was faithful to His Words and the Israelites defeated the Midianites (Judges 7:25). https://bibleask.org/how-did-gideon-win-the-battle-with-only-300-soldiers/

After obtaining the victory over the enemies, the people asked Gideon to be a ruler over them but he refused saying, “the LORD shall rule over you” (Judges 8:22-23). Gideon realized that his victories were due solely to the power of God working in his behalf. 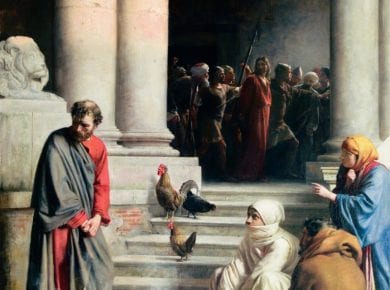 It is mind boggling to think that someone who spent every day for three and half years with Jesus could deny that they knew Him. However, we have to remember…
View Answer 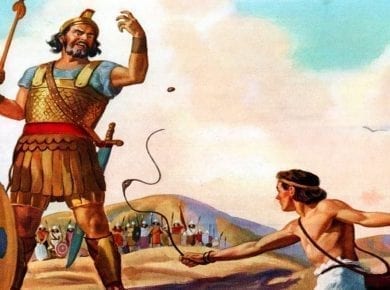 The story started when David saw Goliath challenging the armies of Israel. And, David said, “For who is this uncircumcised Philistine, that he should defy the armies of the living God?” (1 Samuel…
View Answer