Home Bible Why the order of tribes in Revelation 7 is different than that of the OT?

The OT list usually starts with Reuben (the firstborn) but in Rev. 7, he is listed second. Revelation begins with Judah instead (the fourth in the OT), because Christ came of the tribe of Judah (Rev. 5:5).

In the OT, Levi is sometimes not counted as a tribe, even though he was listed as a son of Jacob. This is because Levi got no inheritance among the tribes “Only to the tribe of Levi he had given no inheritance; the sacrifices of the LORD God of Israel made by fire are their inheritance, as He said to them” (Joshua 13:14). The Levites were the priests of God who dispersed among the tribes to minister to them.

In Revelation 7, the tribe of Levi is added, but not that of Dan. To calculate Levi and yet hold the number 12 it was necessary to delete one of the tribes, inasmuch as Joseph was counted as two tribes, Ephraim and Manasseh.

The New Testament is a book which is made up of different manuscripts. To ascertain its credibility today, we are to find the number of copies from those manuscripts which…
View Post 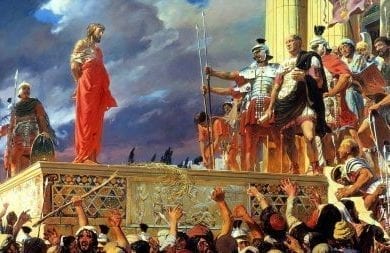 Pontius Pilate was the Roman official who governed Judea at the time of Jesus Christ. He was the one who sentenced Christ to death even though he was convinced that…
View Post