Christians should keep the seventh-day Sabbath for the following Bible reasons:

1-Some claim the Sabbath was given only for the Jews.

2-Two original institutions were set up by God before sin.

These institutions were marriage and the Sabbath. Both were made for man and received the special blessing of the Creator. And they continue to be just as holy now as when they were sanctified in the Garden of Eden.

3-The Ten Commandments is the only document that was written by God.

The fourth commandment states: “Remember the sabbath day, to keep it holy. Six days shalt thou labour, and do all thy work: But the seventh day is the sabbath of the LORD thy God: in it thou shalt not do any work, thou, nor thy son, nor thy daughter, thy manservant, nor thy maidservant, nor thy cattle, nor thy stranger that is within thy gates: For in six days the LORD made heaven and earth, the sea, and all that in them is, and rested the seventh day: wherefore the LORD blessed the sabbath day, and hallowed it” (Exodus 20:8-11)

4-The Sabbath was made for man

Jesus said, “the sabbath was made for man” (Mark 2:27). The Sabbath was created and ordained by a loving Creator for the well-being of mankind.

5-Jesus is Lord of the Sabbath

6-The Son of God didn’t abolish the law.

He affirmed, “Think not that I am come to destroy the law, or the prophets: I am not come to destroy, but to fulfill. For verily I say unto you, till heaven and earth pass, one jot or one tittle shall in no wise pass from the law, till all be fulfilled” (Matthew 5:17-18).

7-It was Jesus’ custom to keep the seventh day Sabbath.

“And he came to Nazareth, where he had been brought up: and, as his custom was, he went into the synagogue on the sabbath day, and stood up for to read” (Luke 4:16).

8-The prophecy of Jesus.

The Lord prophesied about events that would take place forty years after His death (A.D. 70, the destruction of Jerusalem). And He underscored the fact that His followers would still be observing His sacred weekly Sabbath day. For He said, “But pray ye that your flight be not in the winter, neither on the sabbath day” (Matthew 24:20).

9-The Lord’s disciples kept the Sabbath after the Crucifixion and the Resurrection.

“They returned, and prepared spices and ointments; and rested the sabbath day according to the commandment.”; “But when they departed from Perga, they came to Antioch in Pisidia, and went into the synagogue on the sabbath day”; “when the Jews were gone out of the synagogue, the Gentiles besought that these words might be preached to them the next sabbath … the next sabbath day came almost the whole city together to hear the word of God.”; “on the sabbath we went out of the city by a river side, where prayer was wont to be made”; “Then Paul, as his custom was, went in to them, and for three Sabbaths reasoned with them from the Scriptures”; “he reasoned in the synagogue every sabbath, and persuaded the Jews and the Greeks” (Luke 23:56; Acts 13:14, 42-44; 16:13; 17:2; 18:4).

There’s no mention in the New Testament (written up to sixty years after Christ’s death) of changing or canceling the seventh-day Sabbath.

10-Paul did away with the yearly Sabbath feasts of the Mosaic Law but not the weekly Sabbath of God’s law.

Paul did away with the yearly Sabbath feasts (Colossians 2:16; Ephesians 2:15; Galatians 4:9, 20) while the weekly Sabbath of Creation remains (Hebrews 4:4, 9, 10). The yearly sabbaths refer only to the sabbaths which were “a shadow of things to come” and not to the weekly seventh-day Sabbath. There were seven yearly holy days, or holidays, in ancient Israel which were also called sabbaths (Leviticus 23). These were in addition to, or “beside the sabbaths of the Lord” (Leviticus 23:38), or seventh-day Sabbath.

These yearly sabbath feasts all foreshadowed, or pointed to, the cross and ended at the cross. But God’s seventh-day Sabbath was made before sin entered. And therefore could foreshadow nothing about deliverance from sin. That’s why Colossians chapter 2 differentiates and specifically mentions the sabbaths that were “a shadow.” 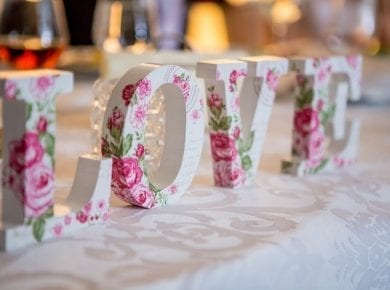 This answer is also available in: हिन्दीLet us first look at the definition of discrimination: the unjust or prejudicial treatment of different categories of people or things. The Bible in no…
View Answer

This answer is also available in: हिन्दीThe Ten Commandments are reaffirmed in the New Testament. Please check the following carefully: THE LAW OF GOD IN THE NEW TESTAMENT THE LAW…
View Answer