Some wonder did Joseph forget his father’s love? And why didn’t he make a decided effort to get in touch with his father who was mourning for him thinking that he was dead?

Joseph characterized the land of Egypt as the land of afflictions after naming his second son Ephraim (Genesis 41:52). And without a doubt he had a deep desire to see his own father and family.

It was not possible that Joseph would forgot his father’s tender love and the godly atmosphere that surrounded him when he was raised up. Especially when Joseph’s heart was full of love and tenderness for this was very clear by the way he treated his brothers who sold him into slavery without pity or remorse.

It is possible that Pharaoh rejected Joseph’s appeals to leave to see his father, feeling that Joseph’s work was of greater importance to all the land of Egypt and much was at stake according to the dreams that were given to Pharaoh of the seven years of famine that will come upon the land. Pharaoh may have felt that there was no time to waste in personal pursuits but use every opportunity to prepare for the times of great distress ahead.

Or, it is possible that the Lord may have impressed Joseph that a future time will come when he will meet his family and that he must wait patiently to God’s perfect timing and not take matters into his own hands.

God has been leading Joseph all through his life and He directed events by His providence to fulfill Joseph’s dreams that he had when he was only a youth in his father’ home. So, Joseph had to trust in God’s leading and be patient. If God chose to place him in Egypt, in Egypt he would stay. He learned to rely completely on God’s plans and not on his own ideas. “Trust in the LORD with all your heart; and lean not unto your own understanding” (Proverbs 3:5). 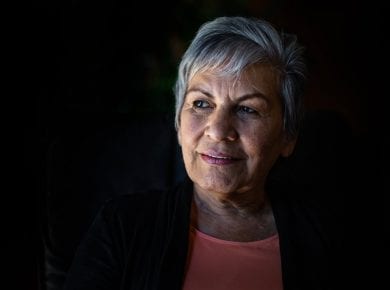 To reach your gay granddaughter you need to be loving, understanding and true to God. Paul wrote, “And the Lord make you to increase and abound in love one toward…
View Answer