The Ninevites repented of their wickedness after heeding Jonah’s warning of God’s impending judgments upon them. And the Lord forgave them and didn’t destroy their city (Jonah chapters 1-3). https://bibleask.org/jonah-run-away-god-although-prophet/

In great anger and disappointment, the prophet Jonah prayed: “Ah, Lord, was not this what I said when I was still in my country? Therefore I fled previously to Tarshish; for I know that You are a gracious and merciful God, slow to anger and abundant in lovingkindness, One who relents from doing harm.  Therefore now, O Lord, please take my life from me, for it is better for me to die than to live!” (Jonah 4:2,3). It seems strange that Jonah would be so disappointed.


Jonah chapter 4 shows a clear contrast between the impatience of man and the long-suffering of God. Jonah was very angry because “God repented of the evil” He had planned for Nineveh (Jonah 3:10). Instead of being happy that God’s grace had forgiven the repentant Ninevites, he permitted his selfish and sinful arrogance to make him indignant. And because what he predicted did not happen, he felt he would be seen as a false prophet. Reputation was to him of more worth than all the people of Nineveh. He may also have thought that God’s knowledge of the future would be discredited among the gentile nations because of this unfulfilled prophecy.

God’s mercy to the people of Nineveh (Jonah 3:10) angered Jonah. He forgot that God’s mercy had saved his own life when he was disobedient, but he was angry when God showed the same mercy toward the Ninevites. Jonah’s prayer to God (Jonah 4:2,3) was so different from the one he prayed when he was in the belly of the whale (Jonah 2:1,2). Before, he prayed for saving his life but now he prayed for the death of the Ninevites.

In contrast, Moses prayed for the Israelites’ salvation and was willing that his own name be blotted out so they might be saved (Exodus 32:31,32). But now Jonah prayed that his proud life be taken out if God would save the Ninevites. By his hasty spirit, the prophet missed a great blessing (Proverbs 14:29; 16:32).

To help Jonah understand God’s love, the Lord prepared a plant and made it shield Jonah from the heat of the sun to relive his misery. So, Jonah was very grateful for the plant. But the next day, the Lord sent a worm and it destroyed the plant. And when the sun arose, the Lord sent a strong wind; and the sun beat on Jonah’s head, so he grew faint. At this point, he again wished death for himself (Jonah 4:6-8). The Lord was seeking to stimulate within Jonah a reasonable attitude.

So, the Lord said to him, “You have had pity on the plant for which you have not labored, nor made it grow, which came up in a night and perished in a night. And should I not pity Nineveh, that great city, in which are more than one hundred and twenty thousand persons who cannot discern between their right hand and their left—and much livestock?” (Jonah 4:10,11).

The angry Jonah, was willing to show pity on a plant of little value, that he didn’t even labor on, but was unwilling to show the same pity on God’s children who live in the great city of Nineveh. What a distorted sense of values! The truth is that God loves the sinners and is willing to forgive them when they repent (2 Peter 3:9). In fact, the goal of Christianity is the saving of souls (1 Peter 1:9). 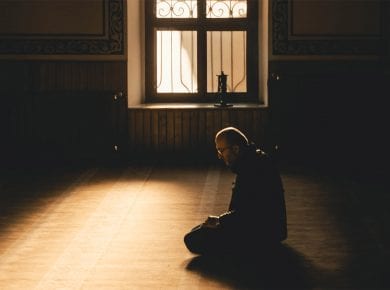 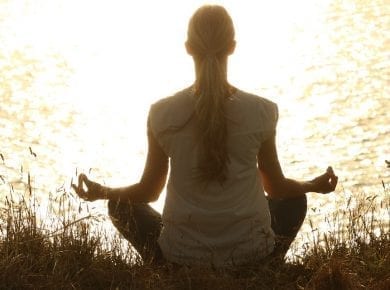 The term “New Age” refers to the “Aquarian Age” which according to New Age followers, is dawning. New Age beliefs have been held by Eastern religions for thousands of years…
View Answer