The English word Bible is from the Latin biblia. The word itself had the literal meaning of “paper” or “scroll” and came to be used as the ordinary word for “book.” The Bible is the record of God’s work in the world and His purpose towards His creation.

One of the greatest miracles of the Bible is its unity. The Bible consists of 66 books that were written on three continents, in three languages, and by about 40 different people (such as kings, shepherds, scientists, attorneys, an army general, fishermen, priests, and a physician). It was written over a period of about 1,500 years

The Bible was written by godly men who were inspired by the Holy Spirit (2 Timothy 3:16). These men, in most cases, had never met and whose education and backgrounds varied greatly. These authors wrote on the most controversial subjects. Though it seems totally inconceivable, the 66 books maintain harmony with one another.

The Bible tells of the story of how God created a perfect world and how the human race rebelled against Him, lost its state of perfection, and was sentenced to eternal death (Romans 6:23). But God felt infinite compassion over the lost human race and planned a way of redemption. God sent His innocent Son to die on behalf of humanity and carry the guilt of their sins (John 3:16).

The Bible presents the good news of God’s salvation that are available for all that accept Jesus’ death by faith (John 1:12). The amazing truth of the Bible is that God not only offers forgiveness for sin but He also offers new godly nature to His children (2 Corinthians 5:17), and victory over sin (2 Corinthians 2:14). Thus, salvation and love are the central theme of the Bible (Isaiah 45:22).

I invite you today to get to know your Heavenly Father’s love by reading His book. 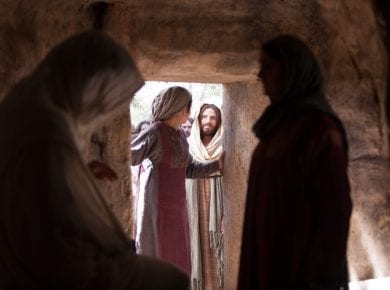 There are two different persons by the name Lazarus in the Bible. The word Lazarus was mentioned in Luke and John. The rich man and the poor Lazarus – Luke…
View Answer

In the Old Testament, God directed that the tithe be used to support the Levites, who were His ministers (Leviticus 27:30-32). In the new Testament, God says that just as…
View Answer