A daily abiding in a living connection with God is necessary for growth and fruitfulness. Occasional focus on the Lord is not enough. Jesus said, “Abide in me, and I in you. As the branch cannot bear fruit of itself, except it abide in the vine; no more can you, except you abide in me” (John 15:4). To abide in Christ means that the soul must be in daily, constant communion with Jesus Christ and must live His life (Galatians 2:20).

Through study of the word of God, we can listen to His voice speaking to us, revealing His will and directing our steps. And we can talk to Him through prayer. Thus, the abiding is mutual. As believers abide in Christ, He dwells in them and they become partakers of the divine nature (2 Peter 1:4). Their thoughts become so branded by His will that their requests are made in line with His will (1 John 5:14). So, God answers their requests.

The Lord grants His children victory over sin for “The carnal mind … is not subject to the law of God, neither indeed can be” (Romans 8:7). It is not possible for a person in his own power to escape from the falling into sin and to bring forth fruits of godliness. Wherever people hold to the idea that they can save themselves by their own efforts they have no protection against sin.

The Christian represented by the disconnected branch may have a form of religion, but the vibrant power is missing (2 Timothy 3:5). Under temptation the superficiality of his profession is exposed. As the disconnected branches are finally collected and burned, so the unfruitful Christian, along with the non-professor, will suffer final death (Matthew 10:28; 13:38–40; 25:41, 46).

This indwelling of Christ is not a mystical experience. People accept Christ by accepting His word. As they feed upon the Scriptures, it enlightens their minds and renews their hearts. And as they make a choice to follow that word and obey it through God’s help, Christ, the hope of glory, is formed within (Colossians 1:27).

Then, the believers will bear fruit. Glory comes to the Heavenly Father when His image is replicated in the lives of His children. The devil claims that God’s law is too hard to keep and that people cannot obey it. But God proves the devil wrong. And thus, the character of God is vindicated when men, through His grace, become partakers of the divine nature.

When Christians draw closer to their heavenly Father, they will find that they will be at peace with themselves and also with their fellow men. For God will fill their hearts with His sweet love that will draw others to them with bonds of kindness (Romans 5:5). 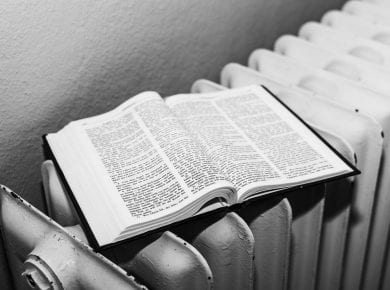 This answer is also available in: العربية हिन्दीThe Bible tells us, “Believe on the Lord Jesus Christ, and you shall be saved” (Acts 16:13).So  what does the term “believe in…
View Answer 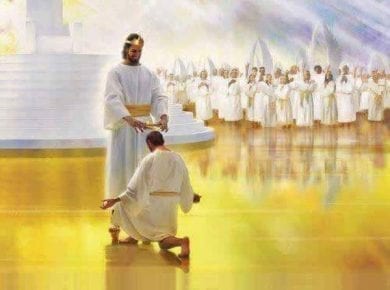 This answer is also available in: العربية हिन्दीSalvation Salvation is gained when a person accepts the Lord Jesus Christ as a personal Savior and follows Him. “For God so loved…
View Answer