Galatia refers to the land of the Gauls (Gr. Galatai). This land was occupied by a main division of the Gallics who traveled west into Europe. These inhabitants lived in the area that came to be known as Gaul, which represented modern France. In the 3d century B.C., another branch of the same people went south to Greece and Asia Minor. They inhabited the central part of the country and engrossed many of the Phrygian people. Later, the Galatians were overcome by the Romans. And in 25 B.C., during the days of Augustus Caesar, their land became a Roman territory.

The inhabitants of Galatia spoke a Celtic dialect parallel to that used by the Gauls in Western Europe. They had the strong emotions and passions that characterized the Celtic temper. The people assumed the Phrygian religion, with its orgiastic worship of the great earth goddess Cybele.  In that religion, eunuch priests dedicated their lives for the temple service (Gal. 5:12). And the main location of this worship was the city of Pessinus.

The apostle Paul wrote about his visit to Galatia in Gal. 4:13–15, where he seems to have been delayed by illness, probably some malady of the eyes. This was his “thorn in the flesh” (2 Cor. 12:7; Acts 9:18). During his illness, he said that Galatians would have “plucked out” their “own eyes,” for him. For they thought it was their highest honor to have Paul among them. Thus, they accepted him “as an angel of God, even as Christ Jesus” (Galatians 4:14).

But the Galatians broke Paul’s heart when he found that they were being led astray by the Judaizing teachers. These false teachers were successful in deceiving a large group in the churches of Galatia (Gal. 1:6). Thus, they were working in direct opposition to the decision of the council of Jerusalem (Acts 15). Therefore, Paul rebuked the Galatians for leaving their first love. And he restated the great principles of the gospel and clarified to the Galatians their error.

The epistle to the Galatians

The theme of the letter that Paul wrote to the Galatians is righteousness by faith in Jesus Christ. This is established in contrast with the Jewish righteousness that is gained by obedience to the “works” of the Jewish legal system. His letter glorified what God has done through Christ for man’s salvation. And it discharged the concept that man can be justified by his own merits. “Knowing that a man is not justified by the works of the law, but by the faith of Jesus Christ…” (Galatians 2:16).

The letter ends with a call to not exploit the Christian’s freedom of the gospel, but to live a holy life (ch. 6). Christian charity should lead the Galatians to protect against a self-righteous spirit, and to deal kindly with those who fall into sin. The church should be identified for its good works and it should not try to make good works a substitute for its faith in the Savior. 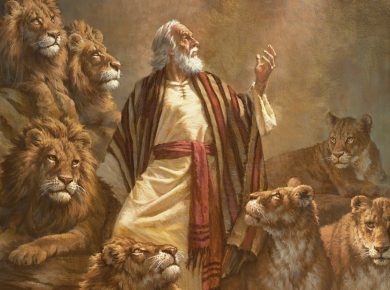 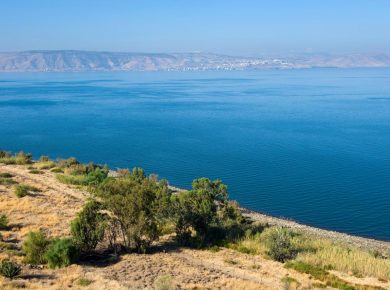 The Abyss is not the Sea of Galilee The story of the Demoniac is mentioned in the gospel of Luke chapter eight. The Bible doesn’t say that the Sea of…
View Answer