Often times we wonder where God is and why we’re going through a crisis. Does God test us? If so, why is it by fire? The fire represents times of crisis, including the “hour of temptation,” that will come upon all the world “to try them that dwell upon the earth” (Revelation 3:10). The apostle Paul wrote, “each one’s work will become clear; for the Day will declare it, because it will be revealed by fire; and the fire will test each one’s work, of what sort it is” (1 Corinthians 3:13). Paul was not writing about the literal fires of hell, for the fire represents a testing work and men may be saved who pass through it. “If anyone’s work which he has built on it endures, he will receive a reward. If anyone’s work is burned, he will suffer loss; but he himself will be saved, yet so as through fire” (1 Corinthians 3:14, 15).

Buildings that stand the fire

Builders know that only fireproof materials can survive when a structure is burned down. In times of trouble the real nature of the faith of God’s people will be revealed. If they are truly born again and have been carefully instructed with the true gospel of Jesus Christ, the fires of persecution and hardship will only make their faith grow and their love for Christ will show more radiantly. Only those who have established themselves truly on the truth foundation, Jesus Christ, and have used good materials will see their structure stand to the end.

Jesus said, “Therefore whoever hears these sayings of Mine, and does them, I will liken him to a wise man who built his house on the rock:  and the rain descended, the floods came, and the winds blew and beat on that house; and it did not fall, for it was founded on the rock” (Matthew 7:24,25).

If, on the other hand, they have received wrong instruction, made of human philosophy and worldly ambitions, their faith will not endure the test of persecution, and they will slip away from the Lord. He who does not build wisely by following thoroughly the instruction of the Principal Builder will see his work ruined. By his words and deeds a man may pervert the teachings of the Lord and thus sow seeds of unbelief, and affection to the world. And by his negative effect he may lead many to turn away from the true gospel and accept falsehood.

He may later realize the error he has done and repent honestly. And the Lord will forgive him and save him (1 John 1:9). But the outcomes of his erroneous work will not be changed. They will remain, an eternal loss. Thus, even though he is saved, others will be eternally lost (Galatians 6:7).

Fires have a grooming effect on the mind. Therefore, Paul declared, “we glory in tribulations also: knowing that tribulation worketh patience” (Romans 5:3). And he added that we should, “delight in weaknesses, in insults, in hardships, in persecutions, in difficulties. For when I am weak, then I am strong” (2 Corinthians 12:10). Downfall can always be turned into triumph. Real strength grows out of weakness, which, in distrust of self, is yielded to the will of God. The great heroes of the Bible experienced that, men such as Noah, Abraham, Moses, Elijah, and Daniel. Only those whose weakness have been completely yielded to the good will of God realize what it is to have true strength. 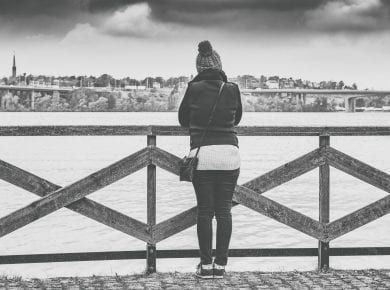 This page is also available in: العربية (Arabic) हिन्दी (Hindi)Where is Jesus? For the confused one, the Lord is eager to clear all of your confusion. The Bible teaches that…
View Answer

This page is also available in: العربية (Arabic) हिन्दी (Hindi)There are two kinds of guilt: false guilt and true guilt. We experience true guilt when we do something wrong. But…
View Answer