God’s rebuke through His preachers is not an expression of anger but of strong love in order to bring us to repentance. For this reason the Lord commands His faithful preachers to, “Cry aloud, spare not, lift up thy voice like a trumpet, and show my people their transgression, and the house of Jacob their sins” (Isaiah 58:1).

“As many as I love, I rebuke and chasten: be zealous therefore, and repent” (Revelation 3:19). God’s love for His children is sometimes expressed by chastisement to save them from the path that leads to death.

The Bible warns us that there will be many false preachers in the last days who preach smooth things instead of God’s word and that most people will only seek preachers who make them feel good (Matthew 24:11, 2 Timothy 4:3-4).

The story of king Ahab in the first book of Kings illustrates how the majority of people like smooth messages. Ahab, the apostate king of Israel, wanted to restore the town of Ramothgilead from his enemies the Syrians. He solicited the help of Jehoshaphat, king of Judah. However, Jehoshaphat wanted to first ask the Lord’s advice before joining forces. Ahab called his 400 hired Baal prophets to come before the two kings to prophesy. The 400 false prophets gave their prophecies saying “Go and fight the Syrians and you will be victorious!” Not satisfied, king Jehoshaphat wanted to hear what the prophets of God had to say but Ahab responded, “There is still one man, Micaiah…, by whom we may inquire of the Lord; but I hate him, because he does not prophesy good concerning me, but evil” (1 Kings 22:8). They finally send for Micaiah with special instructions, “Behold now, the words of the prophets [of Baal] declare good unto the king with one mouth: let thy word, I pray thee, be like the word of one of them, and speak that which is good. [Preach smooth things!] And Micaiah said, As the Lord liveth, what the Lord saith unto me, that will I speak.” (1 Kings 22:13-14). The prophet Micaiah delivered God’s message to Ahab saying that if he went to fight the Syrians, he would die in the battle.

Sadly, Ahab convinced Jehoshaphat to disregard the warnings of God’s prophet, and join him in the war against Syria. King Ahab could not escape the judgement of God. Even though he was dressed in the full armor of a king and stayed away from the front lines, he was hit by a stray arrow in the joints of his armor and bled to death in his chariot. King Ahab’s life could have been spared if he did not choose to listen to the smooth messages of the false prophets.

This answer is also available in: हिन्दी“And to the angel of the church in Pergamos write…But I have a few things against you, because you have there those who hold…
View Answer 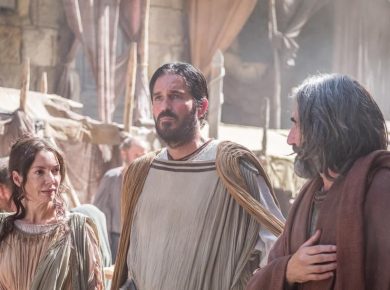