After the death of Joseph, the family of Jacob multiplied miraculously. The climate of Egypt, the fertility of the land, the natural virility of the Hebrews, and the blessing of God together resulted in an extraordinary growth in population. The Hebrews held important roles in the political and economic life of the nation. And this caused the jealousy of the native Egyptians to rise against them.

So, when the Pharaoh that knew Joseph passed away and a new one replaced him. The contribution made by Joseph to the welfare of the people was forgotten, primarily because he was not Egyptian. The new Pharaoh had no respect for the children of Israel (Exodus 1:8-10).

The new Pharaoh undoubtedly conferring with his ministers and counselors took severe measures to eliminate the increasing influence and population of the Hebrews. So, he decided to enslave the Hebrews and subjugate them before they grew too powerful that they could not control.

The Pharaoh had a shrewd political plan to avoid the danger of revolution and the possibility that the Israelites might make common cause with his enemies, the Hyksos, and then leave Egypt. It perhaps was not so much the defeat of his kingdom which he feared as an alliance with his foes.

Among the Hebrews were many skilled workmen, and Pharaoh therefore planned to keep them as slaves that he might use them on his different construction developments. So, Pharaoh minimized the freedom of the Hebrews, put heavy taxes on them, and enlisted their men into compulsory labor under the supervision of cruel taskmasters.

“Therefore they set taskmasters over them to afflict them with their burdens. And they built for Pharaoh supply cities, Pithom and Raamses“ (v. 11). Thus, the Israelites had to build cities, Egyptian shrines, work in the excavations, and hew stones or make bricks and tiles. But the more the Egyptians burdened them, the more the children of Israel increased and multiplied. “And they were in dread of the children of Israel“ (v. 12).

Pharaoh’s initial plan did not achieve its purpose. The Hebrews increased in numbers equal to the degree of oppression, and the Egyptians were naturally intimidated at such extraordinary growth. It became apparent that persecution and trials could not stop the purpose of God, and actions intended to destroy His people proved to be a source of greater strength.

Finally, when the king realized that forcing the Hebrews to do hard labor did not prosper in defeating their swift growing numbers, he commanded that all newly born male infants of the Hebrews to be thrown into the Nile River. From cruel oppression, the Pharaoh went to open murder. Only female babies were allowed to live (v. 15-22). In this manner, the Egyptian Emperor thought he would put an end to the increase of the Hebrew population.

But pharaoh’s plan again didn’t work. For the Lord heard the cry of the Hebrews and sent Moses, His prophet, to deliver the Hebrews from the land of Egypt saying: “Wherefore say unto the children of Israel, I am the LORD, and I will bring you out from under the burdens of the Egyptians, and I will rid you out of their bondage, and I will redeem you with a stretched out arm, and with great judgments” (Exodus 6:6). The Lord sent ten plagues upon the land of Egypt and its leader. The plagues were not merely “wonders” or “signs” in the ordinary sense, but also punishments inflicted on a proud and cruel nation by a divine Judge. 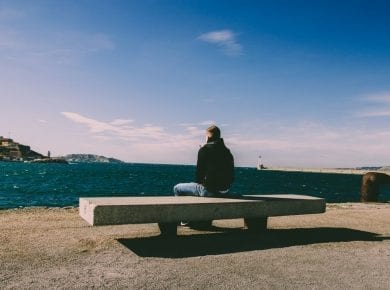 This answer is also available in: العربية हिन्दीThe devil is responsible for all the evil in the world which includes the evil thoughts in our minds. He tempts us by…
View Answer 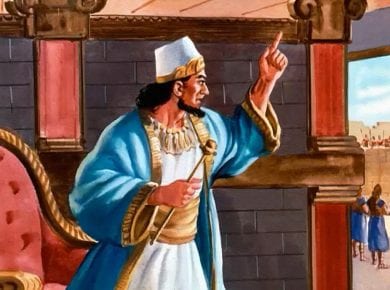