It is mind boggling to think that someone who spent every day for three and half years with Jesus could deny that they knew Him. However, we have to remember that when we knowingly sin, we too deny that we know Jesus (1 John 3:6).

While Peter was called by Christ to be a disciple and apostle, Peter was just as much of a flawed human being as any one of us. Peter’s conversion took a long time, but God was patient with him just as He is with anyone who desires to follow Christ (Philippians 1:6).

Peter’s personality is observed as being proud, impulsive, fearful and self-willed. Peter was a sinner, as we all are, and needed time and training from the great Teacher to fully submit his will to God and overcome self.

We see aspects of Peter’s unconverted personality in the story of when he walked on water with Jesus (Matthew 26:29-31). Although Peter was given this supernatural opportunity, he soon began to look at the storm around him and became fearful and sank. Jesus rescued him in His mercy, just as He does with us.

Even when Peter is granted spiritual knowledge and blessings, he still is not perfected. This was seen when his name was changed from Simon to Peter (Matthew 16:16-18).  Peter proclaimed the foundational truth of the church that Jesus is the Son of God and was given the new name Peter and a special role in the beginning of the Christian church. While Peter was granted this blessing and responsibility, he  soon falters and pushes his own will on Jesus to the extent that Jesus rebukes him as Satan and an offence (vs. 23).

When Jesus told Peter he would deny Him, Peter proudly boasted that he would rather die than do this (Matthew 26:31-35). Jesus gave Peter the remedy to keeping his promise by asking Peter to pray with Him (vs. 38).  Peter needed to pray as Jesus was praying at that time, “not as I will, but as Thou wilt” (vs. 39). However, Peter was weak and did not have the spiritual strength he claimed and desired to have. Although he knew what to do, he just didn’t do it. Like man of us, he was a good hearer and not a good doer of the word (James 1:22-25).

When the guards came to arrest Jesus, we see the epitome of Peter’s character as he draws a sword and cuts off the priest’s servant’s ear (John 18:10). Jesus has to remind Peter that this is not in harmony with His teachings (vs. 11). Peter goes on to try to keep his promise to be faithful  in his own way as he stays near where Jesus is taken but because he had not prayed and stayed connected to God, he ends up trying to fight in his own strength and denies Christ three times as warned (John 18:15-18, 25-27).

While Peter’s intentions were good, he could not fight this battle on his own. He was very ashamed of what he did, as he wept bitterly (Matthew 26: 75). Like so many of us, Peter wanted to be a great disciple of Jesus but lacked the only thing that can help him in his walk with God: absolute submission to and dependence on Christ. Jesus said, “Abide in me, and I in you. As the branch cannot bear fruit of itself, except it abide in the vine; no more can ye, except ye abide in me. I am the vine, ye are the branches: He that abideth in me, and I in him, the same bringeth forth much fruit: for without me ye can do nothing” (John 15:4-5).

May we learn from the experiences of Peter that we can overcome our selfish will and obey His word by connection to the only Source of strength.

“I can do all things through Christ which strengtheneth me” (Philippians 4:13). 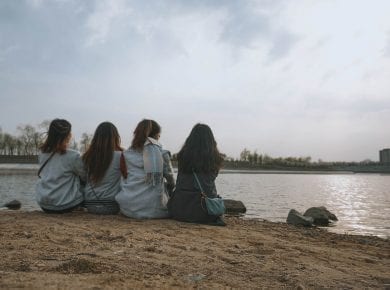 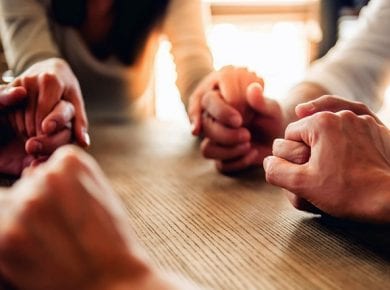 It is God’s great pleasure to answer the prayers of His children. God knows our needs and He is fully able to supply them. He ”is able to do exceedingly…