After his conversion. Paul had but one wish in his life, that is to testify of the good news and convince people of the truths of the Bible and the Messiah. He said, “For if I preach the gospel, I have nothing to boast of, for necessity is laid upon me; yes, woe is me if I do not preach the gospel” (1 Corinthians 9:16 also 2 Corinthians 5:11; Philippians 3:13, 14).

The apostle was very careful to avoid any situation that might be an obstacle for people to accept his message. “Therefore, if food makes my brother stumble, I will never again eat meat, lest I make my brother stumble.” (1 Corinthians 8:13; 9:22, 23).

The gentile pagans were distrustful of strangers who preached to them, so Paul refused support in order to not give them a reason to blame him of coming among them as a spiritual leader in order to profit from them. He wrote to the Corinthians Church, “And when I was present with you, and in need, I was a burden to no one, for what I lacked the brethren who came from Macedonia supplied. And in everything I kept myself from being burdensome to you, and so I will keep myself” (2 Corinthians 11:9 also 1 Corinthians 9:1-15).

And to the church in Ephesus he wrote, “Yea, ye yourselves know, that these hands have ministered unto my necessities, and to them that were with me” (Acts 20:34 also 18:3,6)). Paul had worked at his trade of tentmaker with Aquila and Priscilla at Corinth (Acts 18:1–3). And before he also was self supportive at Ephesus (1 Corinthians 4:12) and at Thessalonica (1 Thessalonians 2:9; 2 Thess. 3:8).

Paul’s missionary trips seem to have been followed by certain individuals who were persistently trying to give him hardship, ruin his authority, and stop his work (Acts 13:45, 50; 14:2, 19; 17:5; Galatians 2:4; 3:1; 5:12). These individuals were, in part, Jewish converts to Christianity who believed that the law of Moses was still binding upon Christians. These attempted to push their beliefs on the churches that were instituted by Paul and Barnabas. Their efforts raised doubts about the ministry of the apostle. But these people lacked the evidence to their false teachings.

Then, they then that his refusal to accept church support for his ministry was a proof that he was not a true apostle of Christ. But he answered, “Are they Hebrews? So am I. Are they Israelites? So am I. Are they the seed of Abraham? So am I. Are they ministers of Christ?—I speak as a fool—I am more: in labors more abundant, in stripes above measure, in prisons more frequently, in deaths often” (2 Corinthians 11:22, 23).

The gospel minister, wherever he works, must be on guard at all times against the danger of doing or saying anything that might prove to be a cause of offense to those for whom he is working. This requires a willingness to abandon one’s lawful rights and privileges, if need be, for the salvation of other. Paul wrote, “I have become all things to all men, that I might by all means save some. Now this I do for the gospel’s sake, that I may be partaker of it with you” (1 Corinthians 9:22,23). 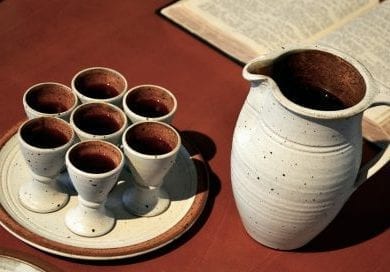 The Bible teaches that a person has to be worthy to participate in the service of the Lord’s supper: “Therefore whosoever shall eat this bread, and drink this cup of…
View Answer 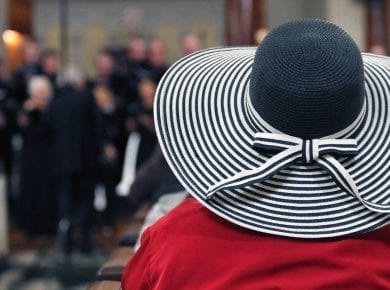 Although Christians strive to be like Christ, they are imperfect and may fall short in the life-long process of sanctification. In fact, God uses their imperfections to “grow” in the…
View Answer