“And Noah began to be an husbandman, and he planted a vineyard: and he drank of the wine, and was drunken; and he was uncovered within his tent. And Ham, the father of Canaan, saw the nakedness of his father, and told his two brethren without. And Shem and Japheth took a garment, and laid it upon both their shoulders, and went backward, and covered the nakedness of their father; and their faces were backward, and they saw not their father’s nakedness. And Noah awoke from his wine, and knew what his younger son had done unto him. And he said, Cursed be Canaan; a servant of servants shall he be unto his brethren” (Genesis 9:20-25).

The above passage shows that Noah was uncovered within his tent. So, Ham obviously invaded his father’s privacy and saw something he should not have seen but instead of being sorry about his mistake and not expose his father, he made his father’s improper situation public to his brothers.

On the other hand, Shem and Japheth seeing that the honor of their father was violated, went and covered their father without looking to reserve their father’s dignity. Their action was appropriate for one of the greatest prophets that ever lived on the earth.

The sin of Ham was an intentional sin. The Bible teaches “love covers all sins” (Proverbs 10:12). From this behavior,  Ham showed that he had no filial love and respect for his father. And sadly, his evil characteristics were taught and carried on to his children.

The prophecy of Noah (Genesis 9:25-27) over his children (Ham-Canaan, Shem and Japheth) was not an arbitrary sentence of judgment or a blessing.  But it showed what would be the natural result of the course of life that Noah’s children have chosen and the character they had developed. As a general rule, children imitate their parent’s example. Naturally the evil nature of Ham was reproduced in his offspring thus bringing a curse upon them.

This answer is also available in: हिन्दीThe Bible tells us that the Christian will be given a “new name,” in heaven that is, a new and different character, patterned after…
View Answer 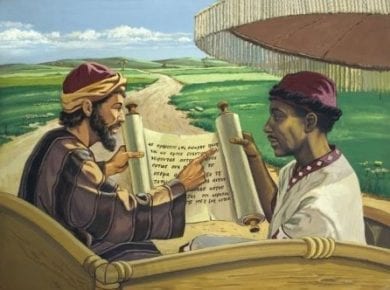 Table of Contents 1-Son of Herod the Great2-Herod Philip3-The Apostle4. The Evangelist This answer is also available in: हिन्दीThere are four different characters named Philip mentioned in the Bible: 1-Son…
View Answer